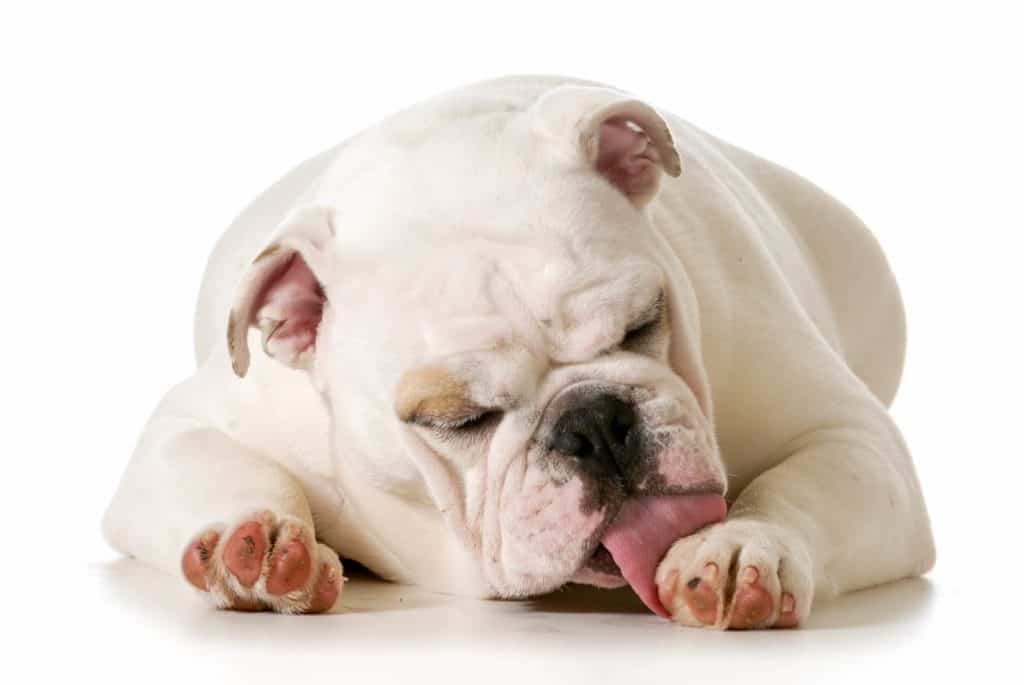 Dogs sense danger and are more likely to act than humans. Watch for changes in behavior and trust your dog’s sense of smell and hearing.

You’ve probably heard that dogs are men’s best friend, and while that’s definitely true, many people don’t know the ways dogs can act protective and sense looming danger. That’s why it’s important to learn to differentiate between various aspects of dog behavior so you’ll know how to recognize the warning signs when dogs sense danger so you can take steps to protect yourself.

Some dogs are more sensitive to sudden noises and movements which also makes them seem more alert, but aside from that, dogs generally have a sixth sense that lets them know about danger.

So, these behavior signs are generally the sure tell-tall clues that something might be wrong and that you should pay attention to your pet.

1. Licking the disease away

Aside from sniffing, dogs also rely on their sense of taste, especially when it comes to illnesses.

According to some research, dogs are quite good at detecting cancer and other diseases such as low blood sugar and seizures.

Besides, considering that dogs aren’t good at communicating their issues, licking can be a useful sign that your dog is suffering from a certain health condition. Licking their legs and paws excessively can help you notice when something’s wrong, so if your pooch has been licking himself a lot, maybe you should take him to a vet for further examinations. 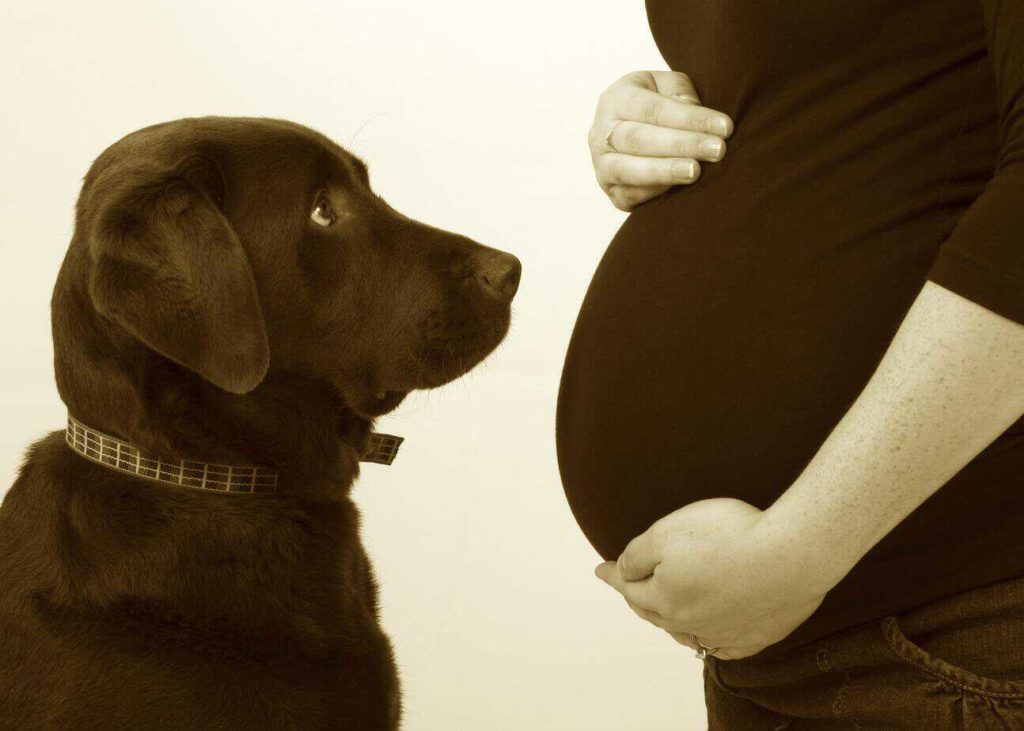 Dogs are excellent sniffers mainly due to the fact that their noses are equipped with millions of olfactory receptors. Unlike humans, who are more visual beings, dogs rely heavily on their sense of smell, which makes them great when it comes to police search and other risky work where the sense of smell is of utmost importance.

But, when it comes to everyday life, dogs have a sense, combined with their smell, that can tell us when someone is up to no good. In that case, it’s important to keep a dog on a leash, as he sometimes can get overprotective and impulsive and possibly even attack a person he deems threatening.

It’s important to get a leash that can hold the dog, especially if he’s bigger, so make sure to check out all the quality dog supplies online, so you’ll know you’re choosing something your dog will feel comfortable with.

3. Barking from the bottom of their lungs

Barking is the first obvious sign that something’s out of order, especially if you live in a home with a backyard.

Dogs are very protective of their owners and what they perceive as their own territory (your household), so barking is the first step they take to alert their owners of possible intruders.

Now, in many instances, these intruders can be a mailman or your regular visitors, but that doesn’t mean that barking shouldn’t be taken seriously, especially if it persists for a certain period.

Additionally, it’s worth mentioning that dogs use barking as a way to communicate with other dogs, but in that case, you’ll notice the difference, as your dog will act less alert and more outgoing.

Shop the Most Popular Dog Brands at Chewy!*

Sometimes, dogs can feel the danger such as gas leaking and possible poisoning that comes with it, and in that situation, it’s not uncommon for them to run around and try to notify others that something’s out of order.

Sometimes that danger can be something innocuous such as rain or storm, but in some areas that are more affected by extreme weather conditions, that can also be a hurricane.

So, if you see your dog running around, make sure to check the weather forecast before you start taking other measures.

If they’re aimlessly running around, chances are they’re upset about something. Also, it’s important to not ignore your dog, instead make sure to keep him nearby, and if it turns out that there is no imminent danger, make sure not to scold him for acting on his senses. 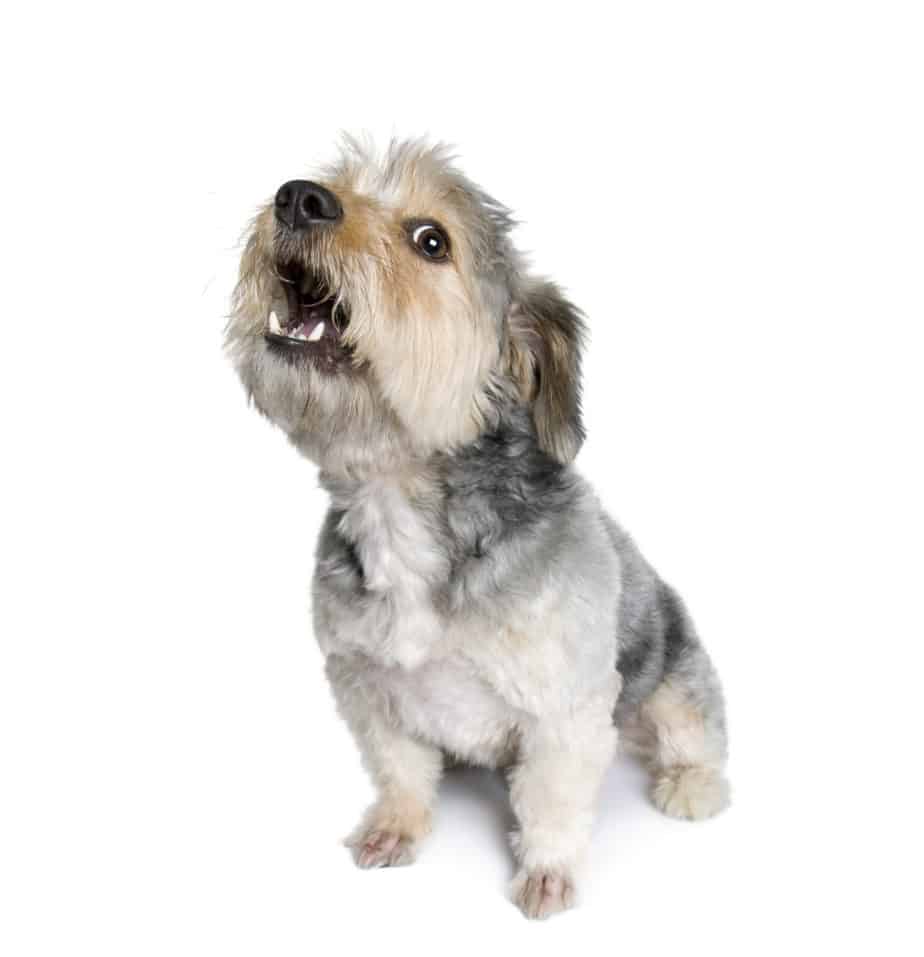 Pay attention to potential dangers when your dog barks or growls unexpectedly.

5. Growling if feeling afraid or threatened

As mentioned before, dogs can’t rely on communication with words to express their feelings, so a growl is the easiest way to show you their feelings, including fear and aggression.

Dogs usually growl at strangers, which is their way to say “Go away!”, so if you see your dog growling at other people it would be good to leave or take steps to assess the situation so you can be sure that everything’s fine.

Since dogs’ senses of smell and hearing are more developed than ours, it’s understandable they can be more sensitive to upcoming weather changes or outdoor noises such as car alarms or kids playing on the street.

Dogs are genetically conditioned to survive in the wild, which is why they’re so good on taking cues not obvious to humans and acting on them.

Finally, if you see your dog acting strange, it’s always recommended to make sure that everything’s in order, and in case it is, don’t forget to reassure your dog, so he’ll feel secure and relieved.

Sienna Penfold is a full-time mum and proud owner of two beautiful dogs, Coco and Hulk. She is passionate about her pets and writing and likes to share her experiences.