Although the average age for a dog in an adult dog training class seems to be between 6 and 9 months, is there an upper age limit? Is there ever a time when a dog is simply “too old” for training? 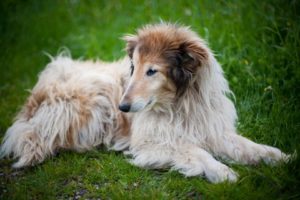 According to professional dog trainers, the answer is, “no.”

“It is wonderful to see people of all ages getting out and interacting with their pets,” said Dr. Katie Lauren, a licensed clinical neuropsychologist in Fort Collins, Colo.

“There is a bonding that happens when you take your dog into a class situation with other dogs. It doesn’t matter if you have a puppy or an older dog, it’s great to watch that relationship grow.”

“It’s amazing how much better he walks on a leash now. I never though I’d enjoy taking the dog out for a walk but it’s truly a pleasure now. He walks right at my side, never pulls, and behaves himself when we see another dog or wildlife. I can’t believe I waited this long!”

Are there any reasons why an older dog shouldn’t go into a dog training class?

“As long as the dog is in relatively good condition, is up to date on his shots, and enjoys being out and about, there really isn’t any reason why a geriatric dog can’t enjoy a dog training class,” says dog trainer Juanita Dudley.

“Taking into account the possibility of arthritic changes maybe he’s not going to do automatic sits at the heel position as fast as a younger dog, but, he should still be able to go to class.”

Fort Collins resident Jenny Phillips took her dog “Lissy”, a seven-year-old Siberian husky, to class in order to establish ground rules. The dog, a very dominant female, had been living away from Phillips for awhile and when she got the dog back, Lissy didn’t want to play by the rules.

“We got that straightened out pretty quickly,” says Phillips, “The class helped reestablish me as the boss. Plus, it was fun.”

Fort Collins counselor Dr. Sarah Gabbay has rescued many off-the-track and older greyhounds over the years.

“It’s never too late to take your dog through a training class,” she says. “I’ve adopted some pretty rascally dogs in my time and I know for a fact, as long as there is breath, there is hope.”