Many dog names also are used for humans.

That shouldn’t come as a surprise since most pet parents consider their dogs family members.

Some owners name their dogs based on their appearance, for example, Blacky, Midnight or Spot. And a few dog owners opt for irony — one of my former neighbors had a miniature gray poodle named Bear.

It was also fairly common for owners to bestow titles upon their canine companions such as Lady, Kaiser, Caesar, Duchess, Duke, Princess, Prince, Queenie, and of course the ultimate, King.

Some get so attached to a name they use it again and again and add a numeral for each dog. Every neighborhood has a dog or two with a numeral, for example, Prince, the Third, or Spot, the Sixth.

When pondering the right name for their dogs, some people also wonder how some dog breeds got their names.

The people at helpucover.com researched some of the interesting stories behind popular dog breed names.

The beagle got its name due to its tendency to howl or bay during a hunt. The corgi’s name translates from Welsh to “dwarf dog” due to their petite size. 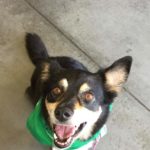 Choose the perfect dog name for your pup. Spend some time and find a dog name that best showcases your dog’s personality. 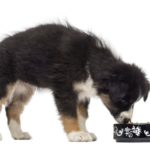 Choose the right name for your dog