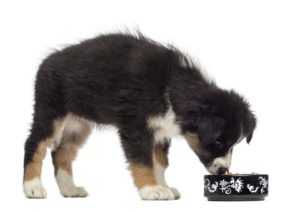 Years ago, the tendency was to name dogs simple names. We had thousands of Spots, Freckles, Rascals, Patches, Tramps, Bandits, Shorties, Butches, Buddies, Aces and Pals. At times, it was confusing as to who was calling their dog home!

It was also fairly common for the owners to bestow titles upon their canine companions such as Lady, Kaiser, Caesar, Duchess, Duke, Princess, Prince, Queenie, and of course the ultimate, King.

You may have noticed, there are those who cannot give up a name, so they simply add a numeral after each new dog. Every neighborhood has a dog or two with a numeral for example: Prince, the Third, or Spot, the Sixth.

Biblical names and places such as Jericho, Eden, Samson, Goliath, Eve, Noah, Jacob, Abigail, Polly, or Moses are quite popular now and then.

Gems are always in style. Bet you can put a face to a dog named Diamond, Jade, Jewel, Pearl, Opal or Onyx.

How about those that thought they were naming their dog according to their personality or unique traits. Dog parks are full of Sweeties, Sugars, Chases, Bad Boys, Killers, Chewies, Diggers, Luckies, Chances, Cuddles, Foxies, Amigos and Diablos.

Indian tribes or words are popular these days. In most dog parks you will find at least one or two Dakotas or Geronimos.

Bottom line: For whatever reason you choose your dog’s name, it’s a personal choice. One that long after your pet is no longer with you, just hearing the word will strike a fond memory. It may bring a tear and a smile. That name will always have a special place in your heart.