Does gender matter when you adopt a second dog? 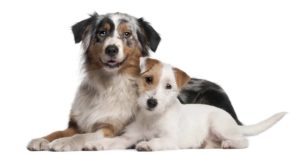 Experts recommend adopting a dog of the opposite sex if you’re adding a second dog.

Are you thinking of adopting a second dog? Expanding your pet family can be exciting – for both you and your current dog. But bringing another dog into your home is not a decision that should be taken lightly. Along with breed and activity level, gender matters with a second dog.

Gender matters with a second dog

Of course, there are exceptions to this rule, but generally, gender will play an essential role in whether your new dog will get along with your resident dog.

Experts tend to agree that, for the best possible chance of success, the second dog should be the opposite sex.

Should you adopt a dog of the opposite sex?

Let’s say that you have a male dog at home, and you’ve fallen in love with a male dog at the local animal shelter. It may be best to find a female instead.

Even if your current dog is sweet as pie, there’s bound to be a conflict between the two males. Things may be OK in the beginning, but they may be at each other’s throats in the future when they decide that it’s time to change the pack order.

The two males may also fight over toys and the affection of their humans.

The “decision making” process can be violent and nasty. Ultimately, the conflict could change both dogs’ personalities. One may become excessively dominant, while the other may become overly submissive.

With a male and a female, the male can continue being the alpha, and the female can be the top female in the pack. If both dogs have been neutered, there’s an even higher chance the two dogs will get along well.

A male and female dog can live in harmony because they don’t have to compete over a position at the top of the totem pole.

Can same-sex dogs get along?

Experts recommend adopting a dog of the opposite sex, but it is possible for two dogs of the same gender to get along. It’s dependent on each dog’s personality and their level of dominance.

If you do decide to go ahead and get a dog of the same gender, some experts suggest bringing in a dog that is much younger than your current one. A puppy may be less intimidating for an older dog, and he may not feel like he has to protect his territory. But keep in mind that there is always a high chance of conflict as the dog ages.

Gender isn’t the only thing that matters

Gender is essential when adopting a second dog, but it’s not the only thing that matters.

First of all, it’s essential to consider whether you can handle the responsibility of having two dogs. Two dogs will mean twice the work and double the expenses. You’ll also need to make sure that you have the time to bond with your new dog.

If you have a new baby on the way or are making a significant life change, it may not be a good time to bring another dog into the house.

You’ll also want to consider the new dog’s breed and temperament. Shelter dogs sometimes have complicated pasts that may make them unsuitable for living with other dogs. Some breeds also are naturally territorial, which may cause issues between the two dogs.

Also, consider the sizes of the two dogs and their energy levels. If you have a huge dog, adopting a tiny dog may cause problems. Two highly energetic dogs may also be exhausting for you as the owner.

Adopting a second dog isn’t a decision that should be rushed or taken lightly. Take the time to consider your current dog’s personality and gender when choosing a new pack member. A dog of the opposite gender will give you the best chance of success, according to experts.

David Rowe created World Of Puppies to provide information for dog lovers from around the world. He can be reached by email.

2 responses to “Does gender matter when you adopt a second dog?”