Is an Australian Kelpie the right dog for you? 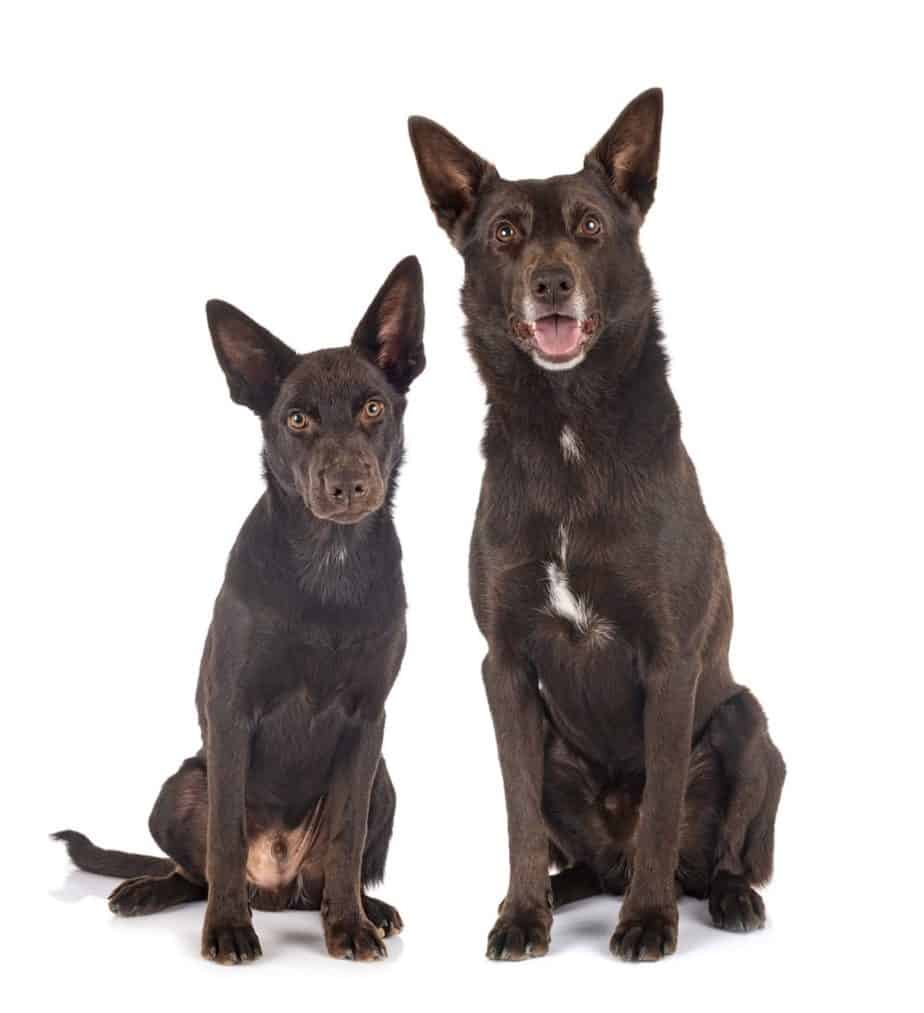 The Australian Kelpie was bred to be nimble and quick, and herding sheep is the dog’s primary working role. They occasionally are used as family pets.

Most people think of a shaggy dog with long fur when they think about a sheepdog. That is entirely the opposite of what you see when you cast your eyes upon an Australian Kelpie.

The agile Kelpie can be seen hopping onto the backs of the sheep it herds, to gain a better view. At times, he’ll run across the backs of his herd to get to where he needs to be faster.

The Kelpie is built for the heat of Australia and is expected to work in it all day long, with little supervision. This mix makes for an intelligent, active, and amazing working dog. But is an Australian Kelpie the right breed for you?

Bred to be nimble and quick, herding sheep is the dog’s primary working role. Kelpies are largely still used for this purpose, though they do sometimes find themselves in the role of a family pet.

At some point in their history, Kelpies were bred with the wild Dingos of Australia to improve their ability to survive in the Australian heat and brutal environment.

The breed’s name comes from the Celtic Kelpies of folklore. The Kelpies were water spirits that could shapeshift and take the form of a human, horse, or other creatures.

The Australian Kelpie tends to be a robust and healthy breed. This is likely from having that Dingo blood. This mix with the Dingo brought genetic strength into their lines and helped adapt them to the intelligent and capable breed they are today. That said, they can have some ailments that are genetic, but rare. These are:

Again, none of these are common but you should take your Australian Kelpie to see the veterinarian for regular check-ups to ensure that they remain healthy and free of any of these issues. If a genetic issue arises, knowing about it as soon as possible will help improve your pet’s chances of staying comfortable and healthy long into the progression of their disease.

Like most herding breeds, the Kelpie has a tendency to lean toward independence. This is a trait that is positive in herding animals that must think on their feet.

Their incredible intelligence means that they need to be kept busy lest they become bored. A bored Kelpie could be a naughty Kelpie. It’s important that they get enough exercise and mental stimulation to keep them active and happy.

Despite being a sturdy and capable dog, they are also a bit tender-hearted. The Kelpie does very well with positive reinforcement training rather than rebuke and punishment.

They can emotionally shut down when scolded harshly. In the hands of a capable trainer, they can flourish and learn virtually anything, however. One caution is that they will attempt to herd small animals and children in the home. Sometimes, they don’t do well with children for this reason.

Another potential downside is that the Australian Kelpie can be very distrustful of strangers and territorial of their yard, their property, and things. This means that they won’t tolerate the neighbor’s cat roaming over and that might become problematic if you live in a place where yards are not fenced.

Socializing your Kelpie will help, but one must remember what they instinctively are bred to do. Being realistic is important if you want to give a dog the right home.

As mentioned, the dogs have a double coat that will get thicker in the cold weather. The outer layer helps to keep them dry and protected from the sun, and brush that they might be running through that could cut and scratch.

They need a good brushing regularly and be prepared for heavy shedding in the spring. Their coats can be short, rough, or smooth. As a rule, the dogs need to be brushed at least once or twice weekly to keep their coat’s healthy.

Keep training positive. If you know little about training, work with a professional that uses positive training methods to bring out the best in your Kelpie.

They are highly intelligent and this means they can learn anything. While most Kelpies are still used for sheep herding in Australia and even in the US, they are also working as service dogs, watchdogs, search and rescue, and therapy dogs.

This dog is a bundle of energy and will do best in a home where he can run quite a bit. If you’ve got a large yard, then you can play frisbee or fetch with your Australian Kelpie and that will help.

He’ll also thrive doing things such as agility competition, being your running partner, or any other outdoor activity that expends his excess energy.

The key to having a well-behaved Kelpie is ensuring that they get enough exercise. Typically, when a dog begins behaving badly, it’s due to boredom and a lack of exercise.

This breed is fairly rare outside of Australia. They do exist in the United States and there are a few rescues where you might be able to adopt a Kelpie or a mix of this breed.

There are roughly 25 rescues for Kelpies across the United States and they are located in:

If you believe that an Australian Kelpie would be suitable for you, then contact a rescue near you and fill out an application to begin the process of finding the dog of your dreams.

Dawn Greer is a former vet tech and dog trainer with more than twenty-four years of experience with pets. In recent years, her focus has been on writing about pet-related topics and living off-grid with her four dogs, three cats, and a small menagerie of farm animals. She is a regular contributor to petblogish.com.