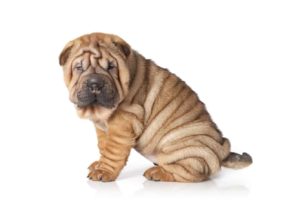 Animal plastic surgery can correct health problems like breathing issues that have been caused by the selective breeding of certain dog breeds such as Shar-Peis and Pugs.

There has been a considerable amount of debate over whether or not animal plastic surgery should even be allowed — and in fact, most pet insurance providers don’t cover procedures like doggy facelifts, which are considered an elective procedure similar to getting a cat declawed.

But that isn’t to say that animal plastic surgery is performed strictly for cosmetic purposes. There are also real health concerns that can be addressed through plastic surgery. Just as some humans need nose jobs to breathe correctly or fix their sinuses, many dogs will experience an improvement in their quality of life after “getting work done.”

Here are the pros and cons of this new trend.

The benefits of animal plastic surgery

Selective breeding has resulted in significant health issues for certain types of dogs. Among other concerns, extremely wrinkly breeds and those with short noses — namely Shar-Peis and Pugs — are prone to breathing issues and apnea.

For French bulldogs, things can be even worse: not only do they have issues breathing, but they are also unable to swim without assistance due to the size of their heads concerning their bodies. They also are unable to cool themselves off properly, which can lead to overheating. Furthermore, they are at increased risk of suffering from various skin conditions and digestive issues.

Plastic surgery can help alleviate some of the medical concerns we have inadvertently bred into these dogs. Facelifts can reduce extreme or excessive wrinkles, which allow bacteria and infections to thrive. Rhinoplasty also can help some dogs breathe more easily.

There is a documented case where owners spent some $13,000 on surgical procedures for their bloodhound Obie to stave off complete blindness. Their dog had a rare disease that causes excessive skin to grow around the tummy and eyes. As a result, the dog had trouble walking and was losing his sight because of the skin flaps that were growing over his eyes.

A facelift, tummy tuck, and additional surgeries were performed, removing the excess skin and allowing the dog to see correctly and move freely again. However, the couple did admit that some of the procedures their dog underwent were for strictly cosmetic reasons and meant to give him a younger appearance.

This is where we see the other side of the coin. While cosmetic and plastic surgery can be beneficial for a dog’s health, there is an increasing trend of having cosmetic surgery performed solely for aesthetic reasons.

Brazilian vet and plastic surgeon Edgard Brito claims that plastic surgery can make dogs more lovable to their owners, and thus reduce their chances of being put down.

This increasing wave of animal plastic surgery is consistent with the overall increase in pet pampering and humanization. Many people prefer the term “pet parent” instead of the traditional “pet owner.” In a recent survey, the New York Post found that in some large urban areas, “pet parents” will spend up to $8,000 a month on pet pampering and maintenance services such as massages, chiropractor visits, pet therapists and manicures.

In the end, whether a pet is going under the knife for cosmetic reasons or to improve its health, any surgical procedure should be carefully considered before it is performed on an animal. Dogs do not always react well to anesthesia, and the stress of undergoing a process – not to mention the downtime and potential side effects — should be thoughtfully weighed against the expected benefits.