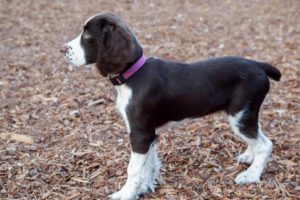 At one time, dogs were rarely kept as pets. Instead, they had jobs and consequently had a docked tail.

Dogs were used on farms, in the military, and for hunting, fighting, ratting and baiting. That’s not to say they are no longer used for those purposes. But, let’s face it, most aren’t.

One of the most ludicrous thoughts on this topic was, by docking the dog’s tail; you would prevent it from getting rabies.

Mostly, it was done to avoid injuries from farm equipment. It would give another fighting dog something less to grip onto in pit fights. And let us not forget, because people believed it increased the dog’s speed and strengthened its back.

Also, at one time, working and hunting dogs with docked tails were not taxed. It never hurt to save a shilling or two.

The only reasons for a docked tail that made sense are safety and cleanliness.

Working and hunting dogs without tails were less likely to collect debris or amass feces around their rump. They were also less apt to get injured by getting caught in farm equipment, wagons, and carts.

Bobbed tail vs. docked tail? There are those who support the practice, but believe the term tail bobbing is less offensive than docking, even though it is the same thing.

Fifty to seventy breeds have their docked tails. Most are in the Terrier and Spaniel families.

Interestingly, breeds called “designer dogs” that at one time were called “mutts,” such as the Schnoodle, (Schnauzer/Poodle mix) are making tail docking and ear cropping a part of their new “standard” look.

In some cases, selective breeding and nature have taken care of tail docking. There are several breeds where puppies are born, without tails.

Many of those are due to a gene mutation called C189G. Their tails were bred off them.

How is dog tail docking done?

Rubber Ring Elastation is where a rubber ligature is used to restrict the blood flow to the tail, and the tail falls off, usually within 24 – 96 hours.

Or, the tail is surgically removed using either surgical scissors or a scalpel.

A reputable veterinarian will first give the puppy or dog a complete physical examination, and blood clot test.

Next, the dog is tranquilized, placed on its back. General anesthesia is applied. The area is disinfected and shaved. Depending on the breed standard, an incision is made ¼” – 1″ from the dock (where the tail joins the rump), through the skin, and the cartilage on puppies or between two vertebrae on a dog.

The skin is then pulled over the exposed tissue, cartridge or vertebrae and sutured.

On puppies, only 2-5 days old, general anesthesia is not administered.

Most veterinarians prefer to wait until the puppy is at least eight weeks old if the procedure is not done within the first five days.

Usually, the puppy or dog will leave with a satellite dish attached to their neck, known as an E-collar to prevent them from fixating where it hurts and eventually itches.

They also usually leave with antibiotics, to prevent infection, due to a suppressed immune system from the stress of surgery and the risk of infection from an open wound.

When is it too late to dock a dog’s tail? Keep in mind, the longer the tail, the older the dog, the more traumatic this procedure will be, and it usually will take longer to heal.

First and foremost, think about why you want it done. If your dog is not a working or hunting dog, is it necessary, or is it your vanity?

Usually, the senseless line of reasoning made is, it’s my dog, my property and I will do what I want with it.

How about, it’s my dog, it’s my property. I don’t care what others think or do. I would never do anything to hurt, mutilate, or traumatize my pet. He or she loves me unconditionally, and I would never jeopardize their trust and respect. My dog is perfect, just the way they are.

There are legitimate reasons why dogs need their tails.

Tails are a primary form of communication between dogs. They use their tails for social cues. To other dogs, a dog without a tail looks fearful, as a fearful dog would instinctively tuck their tail between their hind legs as a sign of submission. Further messages are sent from upright tails, wagging tails, straight out tails and droopy tails. Don’t be shocked if your dog’s messages are misread.

Tails are used for balance.

Dog tails are used as a target, to prevent more serious bodily injuries in a fight.

Tails are used as rudders when swimming.

Dog tails are used to keep insects off.

Dog tails are used to conserve body heat, such as when a dog curls into a ball and wraps their tail over their face.

Many veterinarians in the U.S. are now voluntarily refusing to perform cosmetic surgery on dogs, including docked tails.

They will do it only if there is an injury, health, or medical reason for the procedure.

That progressive change in thinking will make for a lot more happier, and pain-free puppies and dogs in the USA.