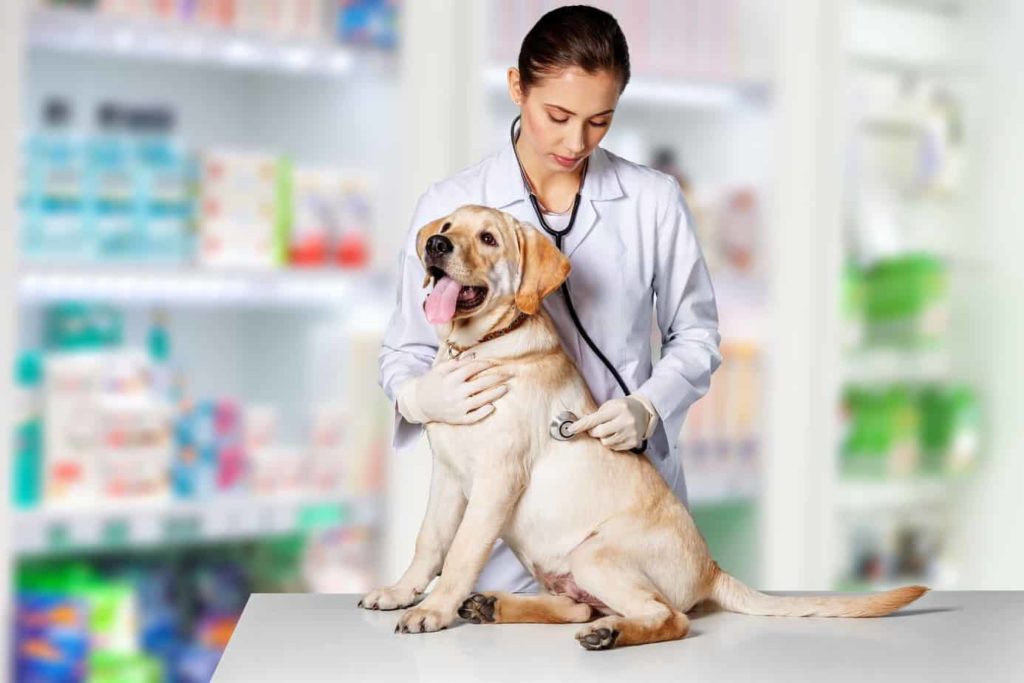 The most feared word of any dog owner is “cancer.” For dog owners whose pets are part of the family, the news that your dog has any form of canine cancer is devastating.

Although this news can be frightening and challenging to accept, the more information you have and the more knowledge you gather about treatment options, the easier it will be for you to decide what steps to take to provide the best care you can for your dog.

Understanding a little about the disease, its various forms, and the possible outcomes will at least make things clearer and assist you in making decisions along the way. You will understand what changes your dog will go through, what is likely to happen to him, and what treatment and complementary therapies are available for him.

The good news is that the growth in “Veterinary Oncology” as a study field and the dedicated work of researchers and veterinary cancer specialists, cancer treatment for dogs, has evolved a very long way in the past thirty years.

There are many pioneering organizations making efforts to research and work on canine cancer treatments in the hopes that new discoveries and drug therapies will provide a treatment where currently fatal cancers can be halted before that stage or even cured.

Cell division is rapid in young growing pups, to allow for the quick growth in body size. As dogs become adult, this cell division slows and stops, until only cells of the skin, bone marrow, and intestine continue to divide throughout life. The body has an inbuilt monitor that keeps a close check on the balance between cell multiplication and cell death, so there is always just the right number of cells in an organ. Genes are responsible for controlling cell division, and some genes switch on cell division, and some switch cell division off, thus maintaining the right balance.

All of the causes of cancer are not fully known, but genetics, environment, and the state of an individual’s immune system are all thought to play a role. The outcome of treatment depends on how successful the therapy is at stopping the abnormal cell divisions. Abnormal cell division puts the body out of balance and can be caused by damage to a cell’s DNA. This, in turn, affects the genes involved in controlling the rate of cell division.

The body somehow loses the ability to kill the cells with damaged DNA, resulting in abnormal cells multiplying out of control. These cells, commonly known as cancer cells, can spread throughout the body leading to organ failure and death.

Cell division and multiplication occurs in every organ of the body. This means cancer can occur anywhere. However, some cancers occur more frequently in our dogs than others, and different breeds have more susceptibility to cancer. 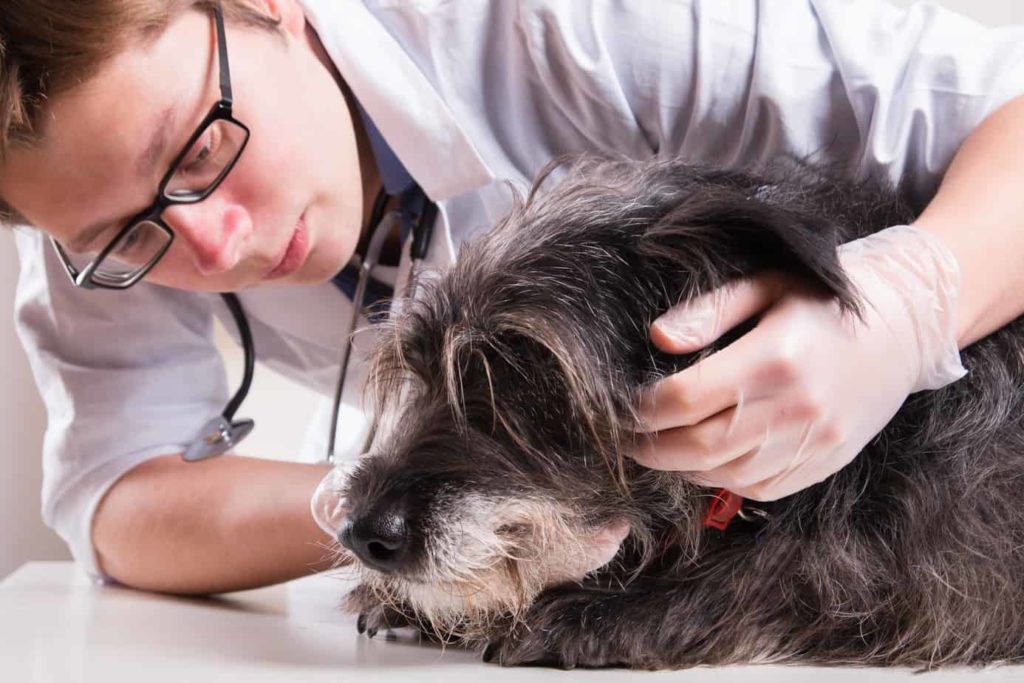 Breast cancer is most common in female dogs, but it can occur in male dogs also. It usually occurs in middle-aged to older dogs, particularly if they are not spayed or were spayed later on in life. This is because the hormones associated with the heat cycle can trigger abnormal growth of the mammary cells. This is a good reason to spay your female puppy.

The symptoms are firm, irregular lumps, or masses that found under or near a nipple. The lumps usually appear in the mammary glands between the back legs. They grow rapidly and can develop smelly ulcers on top. Veterinarians rely on a biopsy to confirm that it is cancer. Sometimes the lumps are benign, but there is a real risk that these benign lumps will turn cancerous over time. It may be a good idea to remove the lump before it becomes dangerous.

Treatment for this type of dog cancer is surgery to cut away the lump, followed by chemotherapy. If the dog is female, you will be advised to have her spayed to remove the chances of hormonal activity that could set off cancer again. Unfortunately, in many dogs, by the time breast cancer is diagnosed, it has already spread to the internal organs, and the outcome is not good.

Osteosarcoma is the most common bone cancer in dogs. It tends to occur in middle-aged, large breed dogs, and it most often develops at the ends of the long bones of the leg.

The first indication that there is a problem is usually when the dog starts to limp. The limp progressively gets worse, and painful swellings may develop where the tumor is growing. The cancerous bone is not as strong as normal bone, and it may suddenly break.

A veterinarian can usually make a diagnosis based on the dog’s age and breed and by taking an x-ray of the sore leg. A bone biopsy will give a definite answer. Bone cancer is excruciating, and by the time it is diagnosed, it has usually already spread to the lungs.

Treatment commonly involves amputation of the affected leg. Most dogs do very well with only three legs, and they feel better with the painful tumor removed. Chemotherapy can extend their life, but for many dogs, the survival rates with osteosarcoma are one year even with treatment.

Skin cancer is generally thought of as being caused by too much time spent in the sun. This is the case with dogs, too, but the most common skin cancer is not related to sun exposure at all.

Skin cancer tumors are called mast cell tumors, and they usually appear as fast-growing ulcerated nodules on the legs or body. They can be aggressive and spread to the internal organs from time to time.

Treatment involves surgical removal of the tumor, where a wide margin of skin is also removed around the tumor to ensure all traces of cancer are removed. Follow up treatment may be radiation or chemotherapy. The outlook is very positive after skin cancer, and your dog is likely to enjoy a good quality of life for several years. 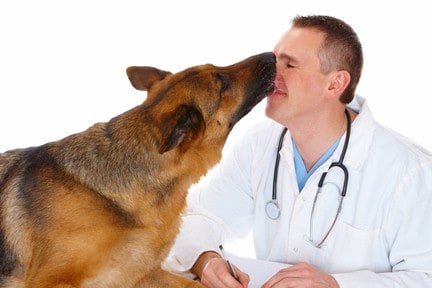 Establish a relationship with your vet to provide the best possible care.

Different types of tumors may develop in a dog’s mouth and throat. They all cause similar symptoms: Most tumors are not found until the disease is relatively advanced, so it is a good idea to look inside your dog’s mouth regularly. These tumors can spread into the bone of the jaws.

The symptoms of mouth cancer are bad breath, pain and difficulty eating, and sometimes bloody saliva.

Treatment often includes surgical removal of part of the jaw. Although dogs do seem to cope with this, it can make eating more difficult. This is usually followed up with radiation therapy to try to increase survival time. These tumors do not have the best prognosis, and many dogs do not survive for much more than a year after diagnosis.

Lymphocytes are cells, which are produced in the bone marrow, and are part of the body’s immune system. As with any other type of cell, they too can become cancerous. When this occurs, it is called lymphoma, and the damage is possible to any organ that has lymphatic tissue. The most common areas for lymphoma to develop are the lymph nodes, the gastrointestinal tract, the bone marrow, and the skin.

Symptoms vary depending on which part of the body is affected, but in most cases, dogs will become ill and may vomit, stop eating, and develop a fever. Untreated, the dog rarely survives more than a few months.

Chemotherapy is successful in many cases and can lead to remission, where the signs of cancer disappear, and the dog is essentially normal. Remission can last for as much as a year, but cancer often reappears.
This is a perplexing problem for veterinary oncologists as if cancer did not reoccur; this would be quite treatable with a positive prognosis.

Alissa Zucker is a copywriter, working for the professional writing company Mcessay.com. She is interested in reading classic and psychological books, which inspire her to write articles and short stories.