Is a Keeshond the right dog for you? 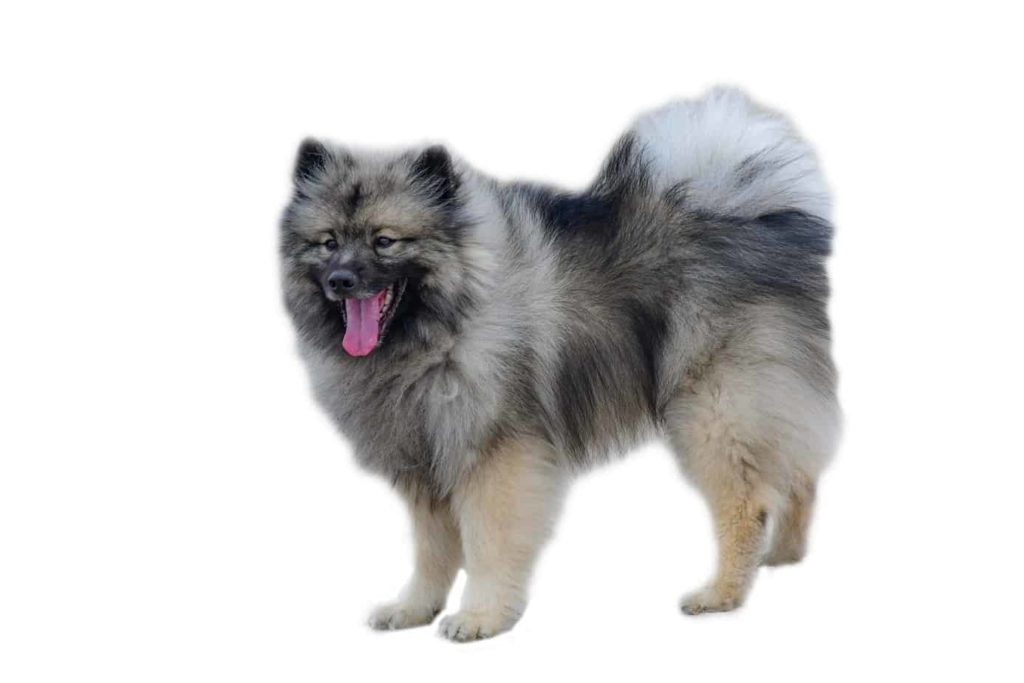 The Keeshond is easily recognizable for its dense coat, the curled up to the back tail, and a mask that covers part of its face and sometimes forms a collar around the neck.

The Keeshond, initially known as a Wolfspitz, is originally from the Netherlands. The dogs are similar to other German spitzes, such as the Pomeranian, but also have common origins with the Samoyed, the Chow Chow, and the Elkhound.

Despite these common characteristics, the Keeshond is easily recognizable for its dense coat, the curled up to the back tail, and a mask that covers part of its face and sometimes forms a collar around the neck.

The Keeshond is a medium-sized dog with body shape characteristics reminiscent of other Nordic breeds and spitzes. The main difference with the other spitzes breeds is their size, color, and density of their coat.

Particularly striking is their two-layered coat of various shades of grey and black with a mask on the face. The dog’s ears are small and triangular. The tail is of medium length and usually curls over the dog’s back. Their eyes are brown or black and show a  peculiar alert expression. 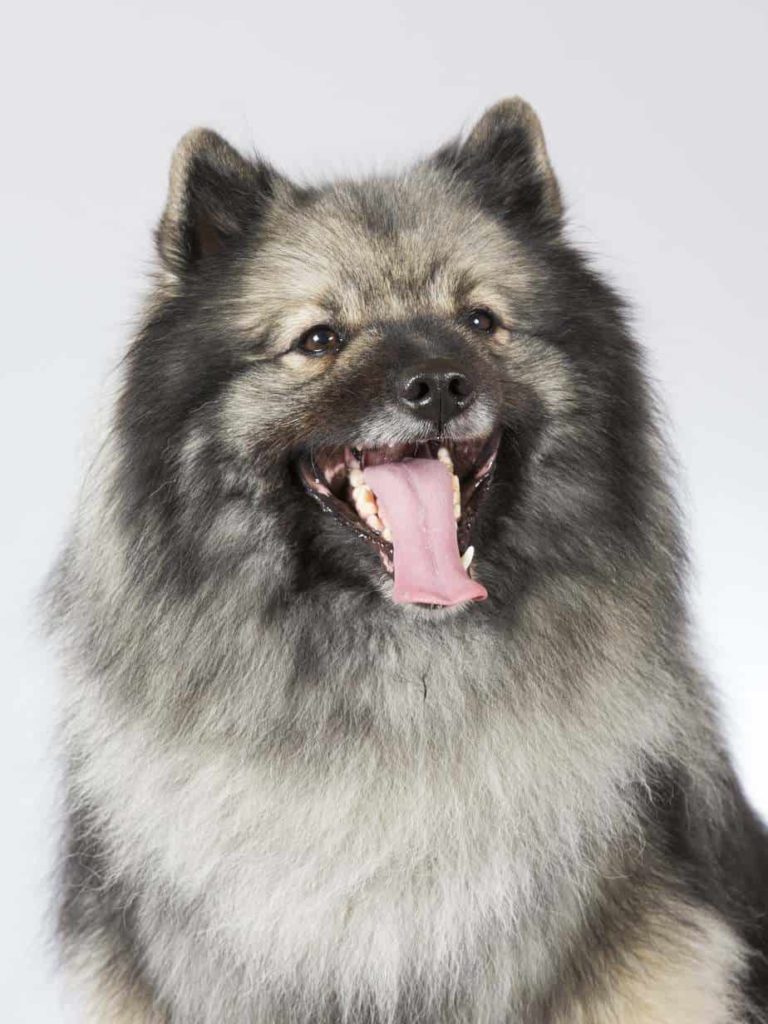 The Keeshond’s intelligence makes it extremely easy to train, the dogs learn quickly and are usually willing to follow commands.

As expected, this breed shares similarities of temperament with other Spitz breeds. It is an active, intelligent, and easy to train breed.

The Keeshond is devoted and faithful to its family, mainly to those it considers its leader. It is very friendly with people, although it may be distrustful of strangers.

These dogs are loud barkers, so they can be good alarm dogs, but you have to be careful with this behavior because it easily can annoy family and neighbors.

The dogs require training and plenty of time with their people. Boredom and separation anxiety can lead to destructive behavior.

Although they tend to be sociable by nature, Keeshond puppies need to be socialized early. Male Keeshonds sometimes have conflicts with another adult male Keeshond.

They are ideal dogs for families with children, as they get along well with them and are always willing to play. Take care to supervise their interaction with young children to protect both the dogs and toddlers.

The most negative point for this breed is that it develops a clear dependence on its owners, so it cannot tolerate spending too many hours in solitude and requires more attention than other breeds.

All German Spitz breeds enjoy generally good health. The dogs, however, do sometimes suffer from hip dysplasia, epilepsy, and skin problems. In some dogs, partial bald patches may appear in the coat, but this is usually caused by poor quality feeding or allergies and can be avoided by proper feeding.

With good exercise, feeding habits, and proper vet care, this breed can easily live from 12 to 14 years, or even longer in specific cases.

Special attention must be paid to grooming and feeding the Keeshond.

Because the dogs have a dense double coat, they need daily brushing and can benefit from using an undercoat rake to remove dead hair. This will help control shedding and allow the dog’s skin to breathe and reduce the risk of skin issues.  animal’s coat because they are the only ones that will remove excess hair.

The Keeshond is a clean dog, which requires infrequent baths to look good. A bath every six or eight weeks will be enough to keep their coats clean.

Keeshonds tend to get fat without proper exercise, so it’s critical to feed them high protein food and avoid over-feeding them.

This is a very active and energetic breed, which needs large doses of daily exercise to avoid destructive behavior. Plan to walk them at least once daily and if possible, live where you have a fenced yard so the dog can run and play.

The Keeshond’s intelligence makes it extremely easy to train, the dogs learn quickly and are usually willing to follow commands. The dogs can be stubborn, so it’s crucial to focus on obedience training from the time the puppies are young.

Although they are not very common worldwide, it is possible to find specialized Keeshond breeders in most countries. So if you are thinking of sharing your life with a puppy of this breed, the first thing you should do is contact an American Kennel Club-Registered breeder or check Petfinder.com.

David Hoang works as a copywriter for WriteAnyPapers. He used to be a psychologist, but he decided to change his career.