Dogs can develop colds and flu just like humans do

You probably hate it. Whenever you see the signs of ​winter setting in​, you quickly rush to your doctor to get updated on your flu shots. The Vitamin C supplements start going down more frequently because you don’t want to be walking around with the sniffles ravaging your nose.

A cold can be a real energy sapper. You literally will run out of energy and motivation, and you basically just want to sit and mope, but then you remember you have a beautiful mouth to feed. That pup is your pride and joy, and you just won’t let anything harm them. What of the cold you are experiencing? Can it get to them?

Catching a cold generally means a lot of things. However, the outcomes are very similar. Typically, when someone catches a cold, they will usually exhibit symptoms such as sneezing, tearing as well as having a runny nose. In certain circumstances, the symptoms may also be followed by a sore throat and a feeling of general malaise.

All these are symptoms brought about by several viruses that infect humans. These include influenza, parainfluenza, rhinovirus among others. The good thing about these viruses is that they are not capable of jumping from you to your pup. That means you cannot infect them.

However, a dog will still develop a cold at some point in their lives. Evidence of this is a ubiquitous cough that sounds like it is trying very hard to blow out a candle. While the cold-causing viruses in humans cannot infect dogs, there are viruses that will specifically induce symptoms of a cold in dogs.

Cold and flu in dogs 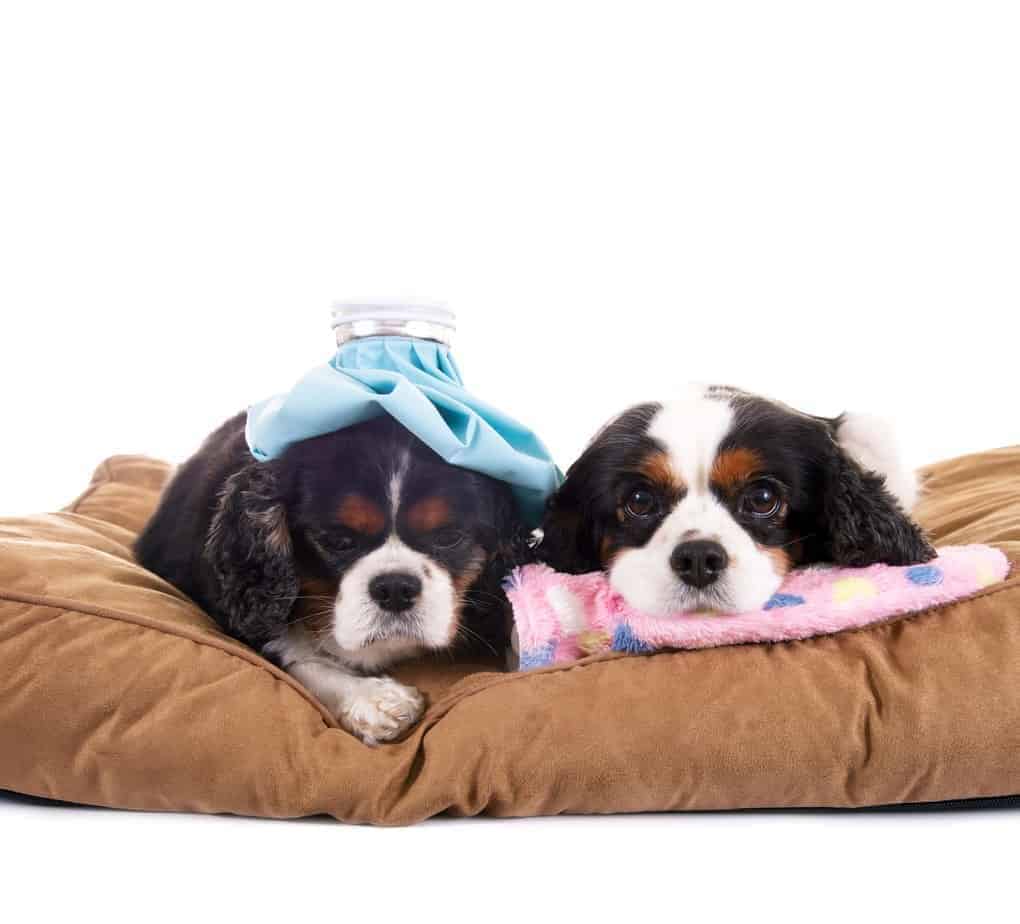 While your dog can’t catch any ​respiratory illnesses​ from you, they do develop colds and flu in very much the same ways as humans do. In fact, the symptoms of cold and flu in dogs are so similar to humans, it’s quite easy to understand why many people would think they gave their pup the flu. These symptoms include:

● Runny nose, which can be congested

While these symptoms most often point to your dog having developed a cold or flu, they could also be symptoms for other conditions that can be serious. Here are some of them.

Indeed, it is a different type of cough that affects dogs. Much like whooping cough in humans, which your dog cannot get, the kennel cough is a very distinct type of cough. It usually sounds like a honking horn of a vehicle and is mostly a dry cough.

The kennel cough is highly infectious, and your pup will develop it at least once in their lifetime if they spend a lot of time around other dogs, in a kennel. This type of cough is mostly spread at kennels because it is very easy for dogs to catch and transmit it.

The kennel cough is caused by a mixture of bacteria and viruses that are spread through fluids. Since dogs will drool over each other, lick each other every now and then, it is very easy for one dog to infect several others in the course of a day.

The good thing about kennel cough is that it is very treatable if caught early and treated. If ignored, it can be quite devastating for puppies and other dogs who have compromised immune systems.

The symptoms of kennel cough include loss of appetite, a low fever, general malaise running into lethargy, sneezing, coughing, and a runny nose.

This may seem like quite the serious oxymoron, the very thing that can be a serious cause of allergies for people, turns out also has allergies of its own.

Dogs can usually be affected by various types of allergies. These range from ​skin allergies​, tick allergies, food allergies (sounds like blasphemy), and environmental allergies. Just like with humans, changes in seasons will bring about sensitivities to allergies to things such as dust, mold, or pollen.

If your dog has an allergy to certain things, it may result in them developing flu-like symptoms. You will need to pay a visit to a vet to know how to put a permanent stop to any future occurrences.

There are certain breeds of dogs that are more prone to developing respiratory issues than others. The breed most famous for this is the pug, but the French Bulldog and the Shih Tzu are also well known for being highly susceptible to respiratory issues. 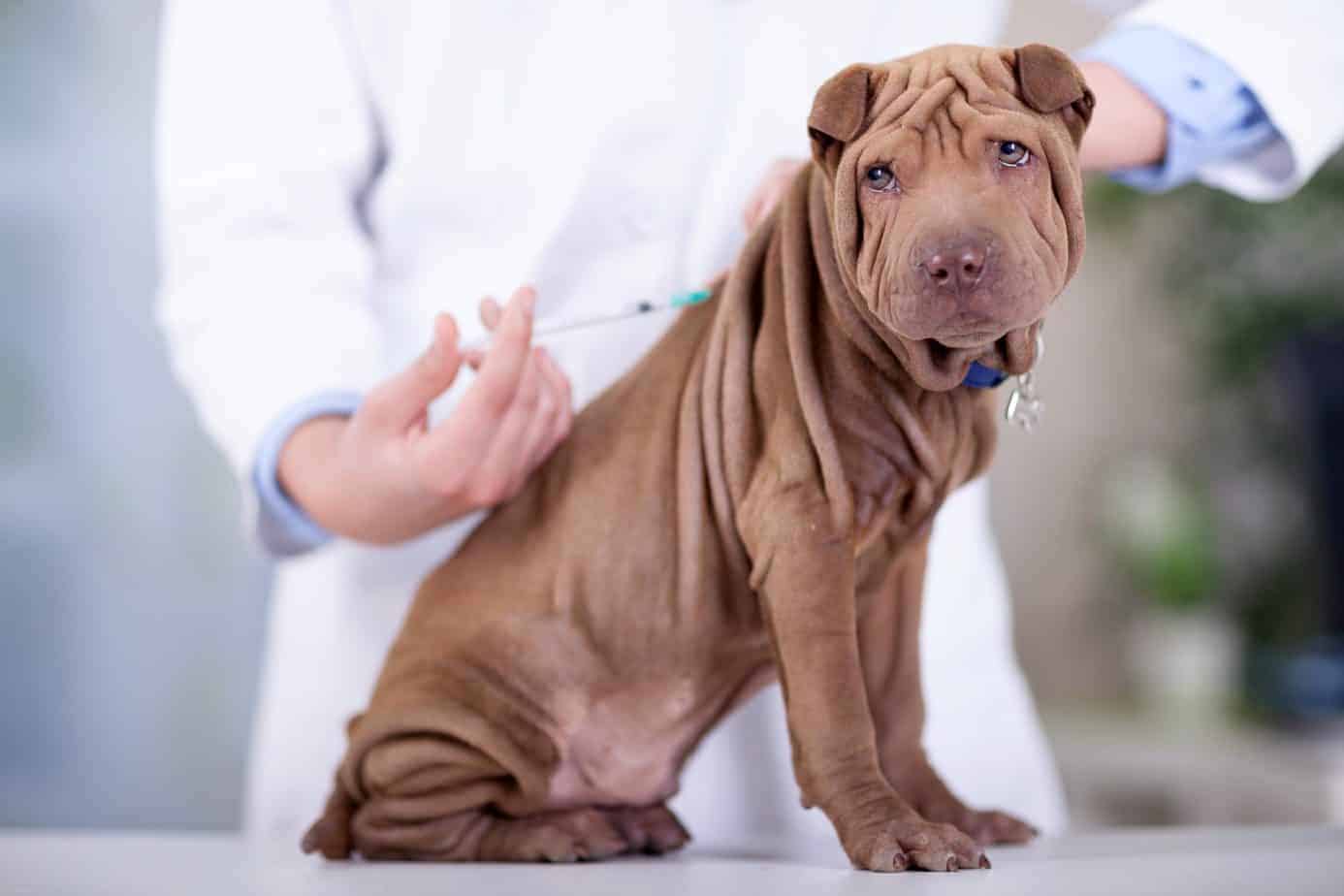 When you were getting your puppy vaccinated, this was the most serious disease you vaccinated against. Canine distemper attacks multiple systems in the dog’s body and is especially notorious for causing dogs to have thick mucus from the nose as well as the eyes.

Symptoms of distemper also include sneezing and coughing. Fever and lethargy are also common symptoms of distemper. Distemper is a very serious illness caused by a virus. If you suspect your dog may have contracted this disease, you should rush to your vet immediately.

If the symptoms are mild, however, you wouldn’t need to worry too much. The symptoms will usually clear up within a few days to a week. All you would need to do is provide your pup with all the necessary nutrition they will need to help them overcome the little rough patch they’re experiencing.

Feeding your dog a balanced diet is an excellent way to keep all these troubles away. A good diet is likely to boost their immune system, thus helping fight off these illnesses before they take root in the dog’s body.

Whenever they come down with a cold, it would be best to provide them with as much time as they need to just rest. A good amount of rest would be anywhere from 10 to 14 hours of sleep a day. This will help them recover quickly, and also help reduce instances of recurrence in the future.

For some of these illnesses that cause cold and flu symptoms, the best way to deal with them is to keep your dog up to date on their vaccinations.

Dog vaccines: What you need to know to protect your puppy