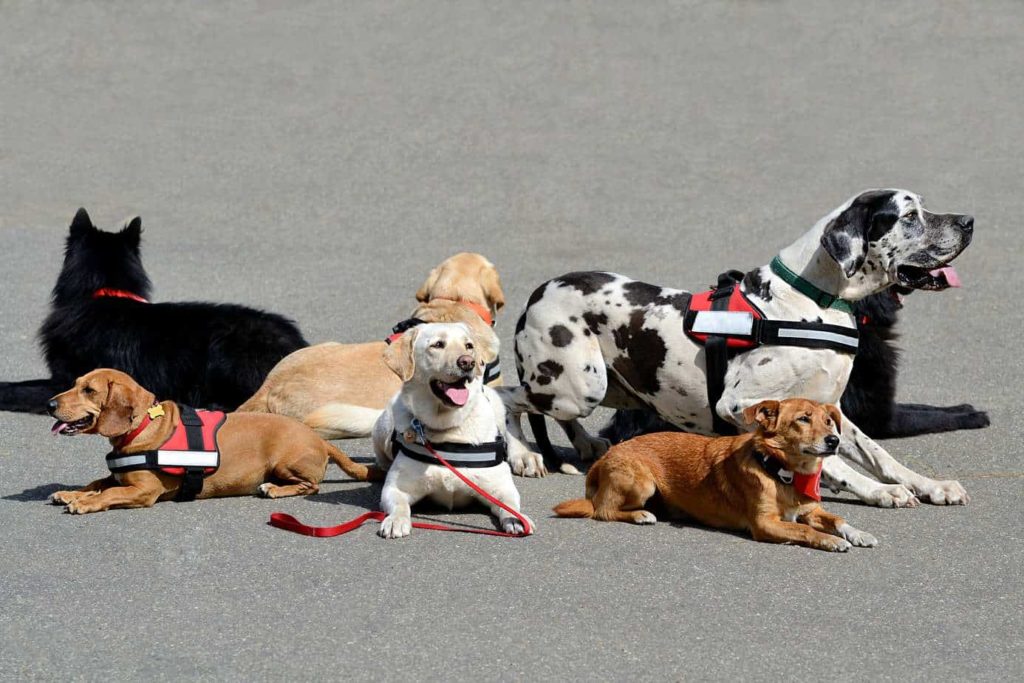 A woman walks into a cafe with her little dog tucked into her purse, and she fusses over it. The dog barks and squirms. People stare and wonder what the story is behind her bringing a dog into a restaurant. She glares back and says, “My dog is a service animal.”

Unfortunately, this type of scenario is becoming more common as an increasing number of people are passing off their pets as service animals or emotional support animals. Some people make the claim to avoid paying pet fees on airplanes or just because they simply want their dog’s companionship wherever they go.

News stories frequently show pet owners blatantly abusing any protections they may receive or throwing around the term “service animal” to get what they want. Earlier this year, a woman tried to bring an “emotional support peacock” onto a United Airlines flight, but was banned from doing so because the animal did not meet guidelines due to its weight and size.

Service dogs are highly trained to provide assistance to their handlers who may have a wide range of disabilities, including visual or hearing impairment, PTSD, other psychiatric problems, and physical limitations. They also alert people with epilepsy of an oncoming seizure or severe diabetics of low blood sugar. 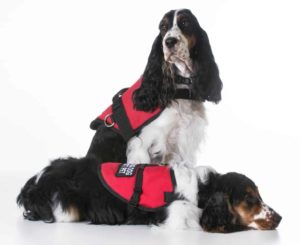 Service dog handlers must be disabled, according to U.S. federal law and the Americans with Disabilities Act. Service dogs perform tasks that their disabled owners would otherwise have difficulty doing on their own.

“By expressing a desire for a service dog, you’re also wishing for the accompanying disability,” according to an article on AnythingPawsable.com.

“For a disabled person, hearing an able-bodied person openly wish for a disability (even if you don’t actually say those words) is deeply hurtful. It suggests you don’t take them or their disability seriously and furthermore, it makes light of the thousands of hours of training and socializing their partner has undergone to perform his job.”

It would be like taking someone’s handicapped sticker and parking in their designated spot at the grocery store because you simply need to run into the store and grab a few things for dinner. It’s disrespectful and illegal.

The International Association of Assistance Dog Partners has minimum training requirements for public access to places. Service dogs receive up to two years of training, which can cost around $40,000.

The waiting time for obtaining a service dog is often two years or more.

Before being placed into an appropriate home, new owners are required to live at a training center for up to two weeks to learn how to care for their dogs and interact with other dogs.

Some training centers offer dogs for free to disabled clients, which is offset by fundraising efforts.

Anyone can easily go online and buy a bright red vest for their dog that looks just like what a legitimate service dog would wear. But just because a dog is wearing a vest doesn’t mean it’s the real thing.

The dead give away is the dog’s behavior.

Service dogs not only perform specific tasks for their handlers, they are also trained how to do their jobs and behave in public.

They stay next to their handlers at all times; they ignore other people around them; they are highly socialized from a young age so they are not distracted by new stimulus.

They do NOT jump up on people, knock things off counters, stray off leash, bark, or bite humans or other dogs.

A dog bite could result in a serious problem in which you bear some of the responsibility. You may wind up finding yourself financially responsible for a dog bite in terms of vet bills and even lawsuits.

A few years ago, a service dog named Earle was sitting calmly next to his owner in an elevator when a woman with a teacup poodle in her purse boarded the elevator.

The teacup poodle leapt from the woman’s purse and clamped down on the service dog’s snout. The service dog did not bite back, bark or do anything to retaliate as he was trained to do even though he was bleeding.

The poodle owner claimed her biting dog was a service dog. She then changed the story to say he was an emotional support dog. She finally admitted her dog was a pet and she just wanted to bring him into the building with her. Just think how the woman with a real disability felt upon hearing this?

We all want to take our dogs places with us, but it’s not always appropriate or even legal.

The bottom line is that you shouldn’t fake a service dog’s status, make light of a disabled person’s condition, or undermine the job of a real service animal. It ruins all the good work that’s been put forth to help people with real disabilities.

Devin Morrissey prides himself on being a jack of all trades; his career trajectory is more a zigzag than an obvious trend, just the way he likes it. He pops up across the Pacific Northwest, dragging his dog around whenever possible. You can follow him more reliably on Twitter.