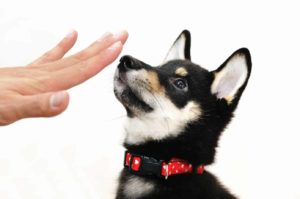 By Terry Jester
I once worked for an organization where “the Boss” had trained a dog in her lifetime, (yes, one dog) and so she thought she knew everything there was to know about training dogs.

She instructed me that I was to teach my dog training students that the word “no” was off limits. They should never tell their dog the word no.

Instead, they should say, “oopsie.”

At first, I thought she was kidding. She wasn’t.

My second thought, for some reason, was the time I spent in Marin County, Calif., training some of the correctional officers from the Maximum Security Prison, San Quentin. I thought about telling them to tell their dogs “oopsie” instead of using the word no.

Next, my thoughts (this is all within a few seconds, mind you) went closer to home, and I thought of the hard-working, grizzled and gutsy plains farmers in this area and I thought of telling them to tell their dogs “oopsie.”

Lastly, my thoughts came back to, “why am I working for this woman?” And I didn’t, for much longer.

What I think she was trying to get across was the very sound idea that the word no shouldn’t be a word associated with negativity. That’s an idea I’ve been teaching for years. When you tell your dog, “no,” it shouldn’t necessarily mean that he’s in trouble, only that you want him to stop doing what he is currently doing.

When he’s in trouble, you can convey that in another manner, I use “shame on you!” Or just, “shame!”

However, we need a word that means, “Stop what you are doing.” Not, “You are in trouble for doing it!”

Example: My American Bulldog, Levi, is very helpful on my ranch when it comes to convincing large, ornery, livestock to go in the direction I want them to go in. He helps me get the bulls in the stock trailer, and the 600 pound sows through the breeding chutes. He loves working the stock.

However, he’s not a border collie or other herding breed, so, he’s not very good about deciding which stock to move, and where. I have to tell him. If he starts running the wrong sow or steers, I have to say “no.”

It merely means, not that one, not yet. It does not mean, “You are a bad dog for trying to move that pig or cow.”

See how confused a dog can get if he thinks “no” means “bad”? Because the reality is that I WILL want him moving that animal in a few minutes and I don’t want him afraid that he’ll be doing something wrong by trying to move it. This is why I use “no” to simply mean, “stop.”

Can you use “oopsie?”

Certainly! But, please, don’t use it around me.