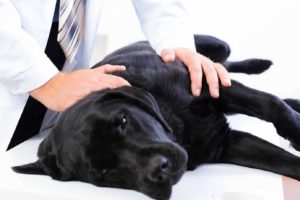 Two things Americans love are their pets and their medications. This is especially true of their prescription medications, but the problem is human medicines can be dangerous for your pets.

Veterinarians are seeing a sharp rise in the number of pets, especially puppies and dogs, being brought in for emergency treatment for poisoning. It can also happen with kittens and cats, too, but for the most part, they are generally a bit more discerning about what they eat.

The leading cause is carelessness by owners with their medications.

The trouble is, most don’t realize their puppy or dog has ingested their pills until it’s too late.

Recently released statistics in the past year report, approximately 40 Americans die each day due to overmedication of prescribed drugs. Those are just the ones who have been killed. That doesn’t include the thousands, possibly millions who are walking around addicted and over medicated right now. Regrettably, many are pet owners.

Overmedicated people usually are less functional and less responsible, not only for themselves and families but also for their pets. The majority are not as conscious of what they are doing, when in their preferred altered state. They are forgetful. And, they tend to procrastinate more than someone who is functional.

Medications are spilled and not picked up. It could be they didn’t realize they dropped them, or it could be it’s too much effort to look for them.

Medications are left within reach of the pets; instead of being kept in secured containers, drawers or medicine cabinets.

Sometimes they know they dropped their pills or spilled their medications, but forget to look for them or wipe it up.

Signs and symptoms of drugged puppy or dog

Not all puppies or dogs have the same response. Age, size and general health may work for or against you if your pup ingests human medicine. Puppies, toy and small breeds, those in poor health and senior dogs usually have the slightest chance of survival.

Veterinary attention is essential immediately, at the slightest likelihood your pet may have gotten into your medication.

Time is of the essence; if you suspect your pet is toxic. Call the nearest veterinarian, inform them of what you suspect, and provide the name and dosage of the medication, so that they will be prepared to respond as soon as you arrive.

Even if you are fortunate enough to save your pet’s life, there may be serious and life long side effects of the poisoning. They can include seizures, liver and kidney damage as well as neurological problems.

Note: Even if you are not on medications, your friends or your houseguests may be. Be extra cautious. Inform them the rules of the house are all medicines must be secured and are not to be left anywhere the family pet may have access to them. If they drop them, they must make sure every single pill is accounted for immediately. If they spill it, it must be cleaned up quickly.

Don’t be shy! It’s your pet’s life that will depend on your honesty and watchfulness!
Bottom line: Unfortunately, for the most part over medicated people are in an inflexible and perpetual state of denial. This article will mean little or nothing to them.

That means those who live with them, as they well know, must relentlessly watch everything they do. That includes keeping medications out of the reach of pets and being vigilant for spilled or dropped medicines.

It could be the difference between the life and death of your pet.