Put your dog to work and reap the rewards

Two years ago, I received a phone call from a woman named Stephanie. Her Labrador retriever, Gracie, had been making Stephanie’s life miserable and she wanted to know what to do. 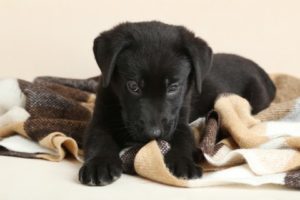 Gracie had shredded books and magazines, eaten the hot tub cover, destroyed pillows, chewed up the steering wheel in the car and jumped the fence to chase joggers. Stephanie wanted help.

I went to Stephanie’s house and was greeted by a friendly, 2-year-old female black lab and one frazzled black lab owner.

Stephanie had tried crates, kennels, electric fence, shock collars, and dog training classes. Nothing had put a dent in her dog’s destructive energy.

She had two other dogs, a pointer who was her husband’s hunting dog, and an older black lab that was the perfect gentleman. Why was Gracie so bad and how did she end up with such a bad dog, Stephanie wondered.

I looked at Gracie, wagging her tail and gazing adoringly into Stephanie’s face.

I worked with Gracie for a few minutes and knew what I was seeing. Stephanie didn’t have a bad dog. She had a bored dog doing bad things.

When I worked that few minutes with Gracie, I saw a very bright, very outgoing, capable dog with absolutely nothing in which to occupy her very active mind. Gracie was bored. Gracie was going stir-crazy with no outlet for her abilities, intelligence, and energy.

I recently got an e-mail from Stephanie. After two years of training, they had achieved the goal they had set out to accomplish. Gracie had just passed her final test to become a certified therapy dog for work in hospitals. It is the highest therapy dog certification.

Dogs going into hospital settings have to be dependable, accepting of every type of disability and apparatus and, above all, well behaved. Gracie was all that and more.

I am very proud of them. Gracie now has a job – a very important one – and she and Stephanie will be one of only a handful of teams certified for hospital work.

If being a therapy dog team might interest you, I urge you to contact your nearest long-term care facility and ask what the requirements are for visiting dogs.

For more information on how to become a team member, contact coloradotherapyanimals.org.