Did you know that there are 11 states that have designated an official state dog breed?

These five top dogs were all bred to excel at specific activities, so if you’re looking for a new canine that will not only make for a good companion but may make for a great partner in one of your favorite active pursuits or to add to a sense of security, this would be a good place to start.

The Alaskan Malamute was designated as Alaska’s state dog in 2010. It’s the largest and oldest of the Arctic sled dogs, getting its start as a breed of Inuit dog, intended to be a work and sled dog. He’s designed to carry large, heavy loads over long distances, and although many today are family pets, Malamute’s are still capable of athletic tasks, including sledding, backpacking, jogging and even swimming alongside their owners. If you’re physically active and enjoy adventurous pursuits, this incredible, beautiful and extremely intelligent dog is a great one to have by your side. 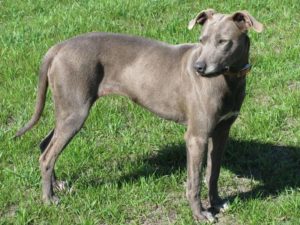 The Blue Lacy became the official state dog of Texas in 2005. This dog with a smooth, silver-gray coat was bred as a working dog for ranchers, cowboys and hunters, but particularly for hunting across the Texas terrain. As the only canine with Texas origins, any Texan should be proud to own this breed. Owners who don’t have a hunting license will find that it’s fairly easy to prepare to get one online with the aid of online resources. 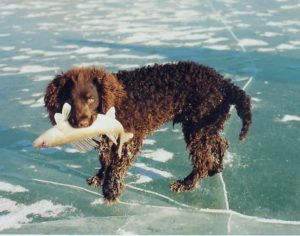 The American Water Spaniel was named Wisconsin’s official state dog in 1985. This rare breed originated in The Badger State, and was bred for companionship as well as retriever. They were the very first breed developed in the U.S. as an all-around hunting dog that could retrieve from boats. As he’s a skilled swimmer with a water-resistant double coat specializing in waterfowl, the American Water Spaniel is the perfect companion for duck hunters.

The “gentle giant,” as the Great Dane is often referred to, is the official state dog of Pennsylvania, receiving the designation in 1965. The world’s tallest canine, he was originally bred by in Germany as a ferocious boar hunter. The Great Dane is no longer used for hunting and has become a popular, lovable companion and estate guard dog. Though he’s now very gentle and generally gets along well with humans as well as other dogs and animals, his size and powerful bark will usually do the trick when it comes to scaring off burglars. 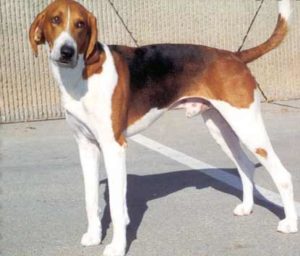 Virginia lays claim to the American Foxhound, one of America’s native breeds. This breed was named Virginia’s official state dog in 1966. The canine’s origins date back to the early 18th century in Virginia and Maryland, where it was bred for a number of different purposes, including as a competitive field hound, a trail hound, pack hound and, most popularly, as a fox hunting hound. Though fox hunters are sure to appreciate his highly developed skills, even if you aren’t into fox hunting, his excellent stamina and love of running makes him a great jogging partner too.