The body language of happy, playful dogs includes tails up and waving broadly, ears up, open mouths with tongue exposed, and bowing posture.

Have you ever wanted to know more about what your dog is trying to tell you? Mainly, dogs are social animals that have a unique way of communicating. These traits allow them to express their emotional state or their intentions as they interact with people or other animals around them.

Even though dogs do use sounds and cues, they’ll often convey most of the information through their body language. More so, this is in the form of facial expressions as well as body postures. This is the reason why dogs are commonly taken as an emotional support animal.

Understanding how your dog communicates and what it’s saying can help you gain useful information. It allows you to know when the dog is spooked or nervous — especially about what’s going on. Else, when your dog is on edge and perhaps might be preparing to snap at someone.

Often, all you need to do is observe the dog’s facial expressions or note its body language. And to help you understand more on this subject, we’ve created a sort of visual description that enables you to interpret the most common and important messages your dog could be sending you.

How can you communicate with your dog? It would be something if dogs could perhaps talk to you—right? Well, they do, just not with words. Dogs have a distinct way of passing information to their owners and other dogs.

Most dog owners will acknowledge the fact their four-legged family members voice their concerns using their bodies. Typically, these dog body signals include:

Face — A dog may wrinkle or straighten its forehead when it wants to express confusion or determination.

Eye cues — A dog’s eyes will light up when it looks at someone or another animal it considers friendly. Conversely, the dog’s pupils will dilate, and the whites of its eyes will show when the dog is afraid.

Lips, teeth tongue signals — Assuming your dog is happy or desires to play, it’ll routinely pull its lips back and display its teeth (in what apparently could be a smile). Regardless, this is a gesture every so often reserved for human/dog communication; in fact, a dog won’t behave in the same manner with other dogs.

Ears — What should a dog’s raised ears tell you? This pose informs you of the relaxed nature of the dog. Likewise, it could pass the message that the dog is attentively listening. But if the direction of the ears is backward, this might be a sign of submission.

Also, it’s essential to know and understand the following behavioral cues that you’re likely to come across during your interactions with a dog.

A relaxed and approachable dog 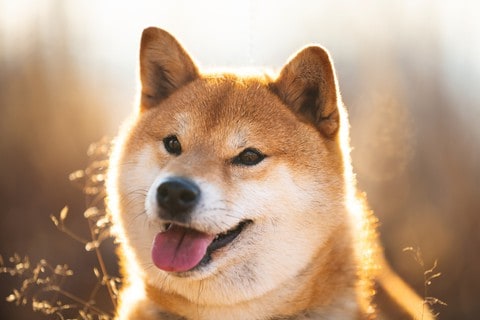 Look for a relaxed posture, ears up, and head held high.

Usually, the dog has a relaxed posture and is reasonably content. Aside from the dog appearing unconcerned, it also feels unthreatened by activities going on in its immediate surroundings and is, therefore, generally approachable.

If the dog detects something of interest or unknown subjects, these hints communicate that it’s now alert and attentive. Here, the dog assesses the situation to ascertain possible threats or determine if it’s necessary to take any action. 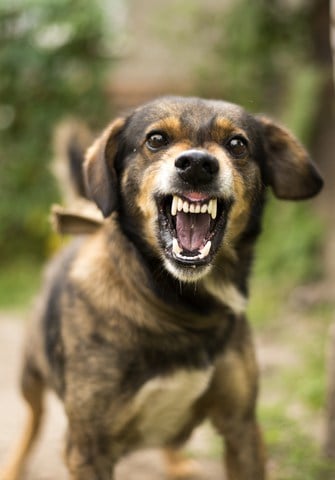 An aggressive dog shows his teeth.

In this instance, the dog is establishing its dominance while also exhibiting confidence. Besides this being an expression of social dominance, this stance indicates perceived threat, and the dog may act aggressively upon any slight provocation.

By understanding how your dog behaves once it perceives a challenge (whether dominant or submissive), perhaps you’ll find a way to guide your relationship with the dog.

Besides, it affords you a level of awareness that enables you to evaluate how your dog behaves or acts around people and other dogs.

A fearful or aggressive stance

The dog is frightened. Regardless, the dog might not be submissive and can attack when pressed. Usually, a dog will give these indicators when directly facing a subject who appears as a threat.

A stressed or distressed dog

Mainly, these attributes indicate the dog is under social or environmental stress. Furthermore, the traits make you aware of the dog’s state of mind. 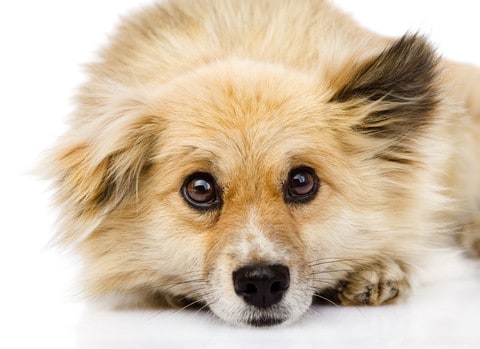 Such a dog is somewhat fearful. Likewise, it could be displaying signs of submission. Such signs have the intention of appeasing the subject it perceives as being of higher social status or potential threat to the dog. Overall, these characteristics indicate the dog is opposed to further challenges or wants to avoid conflict.

Pay close attention to these signs because the dog may be communicating its discomfort in its current environment, and you perhaps need to assuage the dog to relieve its anxiety.

These characteristics in a dog indicate total surrender or submission. The dog is trying to communicate its acceptance of lower status by cowering before a higher ranking subject or threatening individual while attempting to avoid any physical confrontation.

This attribute is an invitation to play. Apart from excited barks, playful attacks or retreats may also accompany the stance. Even so, it could also mean any previous supposed rough behavior wasn’t a threat or a challenge.

Dogs communicate much like the way humans do. Take time and look at their body language, and you’ll understand what they desire from you!

Bradley Aron is the head of content for the EzCare clinic, a medical clinic that provides world-class health care services. He has been associated with the health care industry for 10+ years and specializes in health care and medical content.