Some people really have a way with animals. They might be the grocery store clerk, the bartender at the club, or the lawn maintenance guy, it doesn’t matter — animals gravitate toward them. Why is it that some people are just better with animals? Could it be they’ve learned to speak fluent dog? 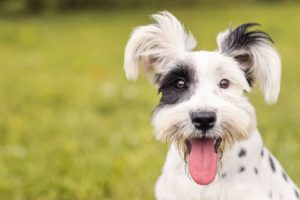 The answer lies in the ability of that individual to understand, and “speak” the animal’s language. These individuals, either through accident or design, have learned the body language and behaviors of the animals that they encounter.

Sensing this, animals naturally gravitate toward these people. Think about it, if you’re in a foreign country and don’t speak the native language, who will you most likely hang out with — the natives you can’t communicate with, or the people you’ve found that speak your language? Animals are the same way. They gravitate to people who speak fluent dog.

And that’s what it is, a language. Some people, usually professional trainers and behaviorists, speak the language fluently. Others may speak it “conversationally.” Many people can’t speak a word of dog or cat. These are the people who have the most trouble with their pets.

Learning to speak fluent dog or cat can’t be done in a crash course. Like any other language it takes years to master. There are nuances, subtleties, and dialects just like in any other language. In order to be truly fluent, you need to understand them all.

People who can speak “conversational” dog or cat can advance their skills by spending as much time as possible with as many different dogs or cats as they can.

This immersion in the target animal’s language and culture will teach the subtleties and different “dialects” of the different breeds and breed mixtures. Although it never matters where an animal comes from – a dog from Russia will speak the same as a dog from California – it does matter what breed the dog is, as the breed will determine what I call the different dialects of the dog’s language. A miniature poodle, for instance, will make a noise much like the “woo woo” noise the Alaskan malamute will make. However, its meaning is different. The poodle is excited, the Alaskan malamute is impatient, perturbed, or expressing an opinion.

The best way to advance from “conversational” to “fluent” is to volunteer at a local animal shelter and spend as much time as possible with as many animals as you can.

Be aware, though, truly learning to speak fluent dog takes years of immersion. As an example, when I lived in California I was truly fluent in speaking dog and cat. But spoke only conversational horse, even though I had owned a horse for years. It wasn’t until I came to Colorado, bought my ranch, and started rescuing, rehabilitating and training hundreds of different horses that I became truly fluent in “horse.”

It takes time. Most of all, it takes patience and the ability to listen. If you aren’t willing to listen, you’ll never hear what the animals are saying.

Terry Jester is a nationally0recognized expert on companion animal behavior. She is regarded by The Humane Society of the United States as being, “Humane and effective in dealing with problem pets and their owners.” Connect with Terry on her website.