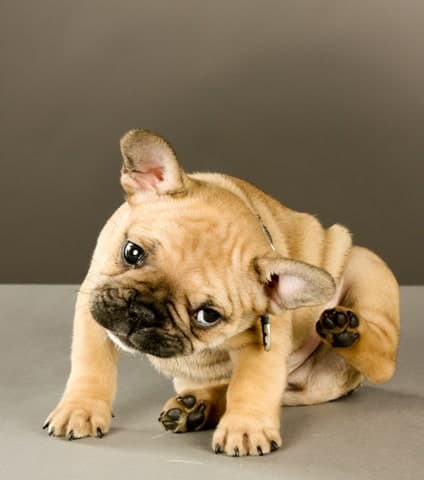 It’s summer and everyone is outside enjoying picnics, hiking, camping, fishing, and other outdoor activities.

It’s also the time of year ticks are most prevalent and they’re hungry!

The tick is a small arachnid.

Ticks are in the same family as spiders, scorpions, and mites. They are disease-carrying, bloodsucking, ectoparasites (external parasites).

They live by burying their heads beneath the skin and sucking the blood of their host, most often mammals and birds.

Ticks can also be found on snakes, including pet boas!

Ticks may be found anywhere on your dog. They especially favor the neck, in the armpits, in and around the ears, and between the toes. If you don’t find them early enough, what you will find is a blood-engorged, leathery-looking body, resembling a tan-grey lima bean.

Common ticks found in the U.S.

Even though ticks cannot fly or jump, they may become airborne with sudden gusts of winds. That, and direct contact. They do that by brushing up against, falling on, or crawling up onto their host. Their unsuspecting hosts are their chief modes of transportation to expand their territory.

Protect your dog from ticks

How to remove ticks

NEVER attempt to remove a tick by swabbing it with alcohol or petroleum jelly, or touching it with a burnt match or nail. This will only “tick off the tick!” It could cause it to release more bacteria into the dog’s bloodstream.

Puppies, weak, and older dogs are most susceptible to serious health issues from ticks. If you are diligent about checking your dog and yourself, after excursions in the great outdoors during those lazy, hazy, days; you should be fine. If you live in a high-risk area, be extra vigilant.

Karen A. Soukiasian is the owner of Good Dog! — Dog Training in St. Augustine, Florida. You can follow Karen on Facebook.