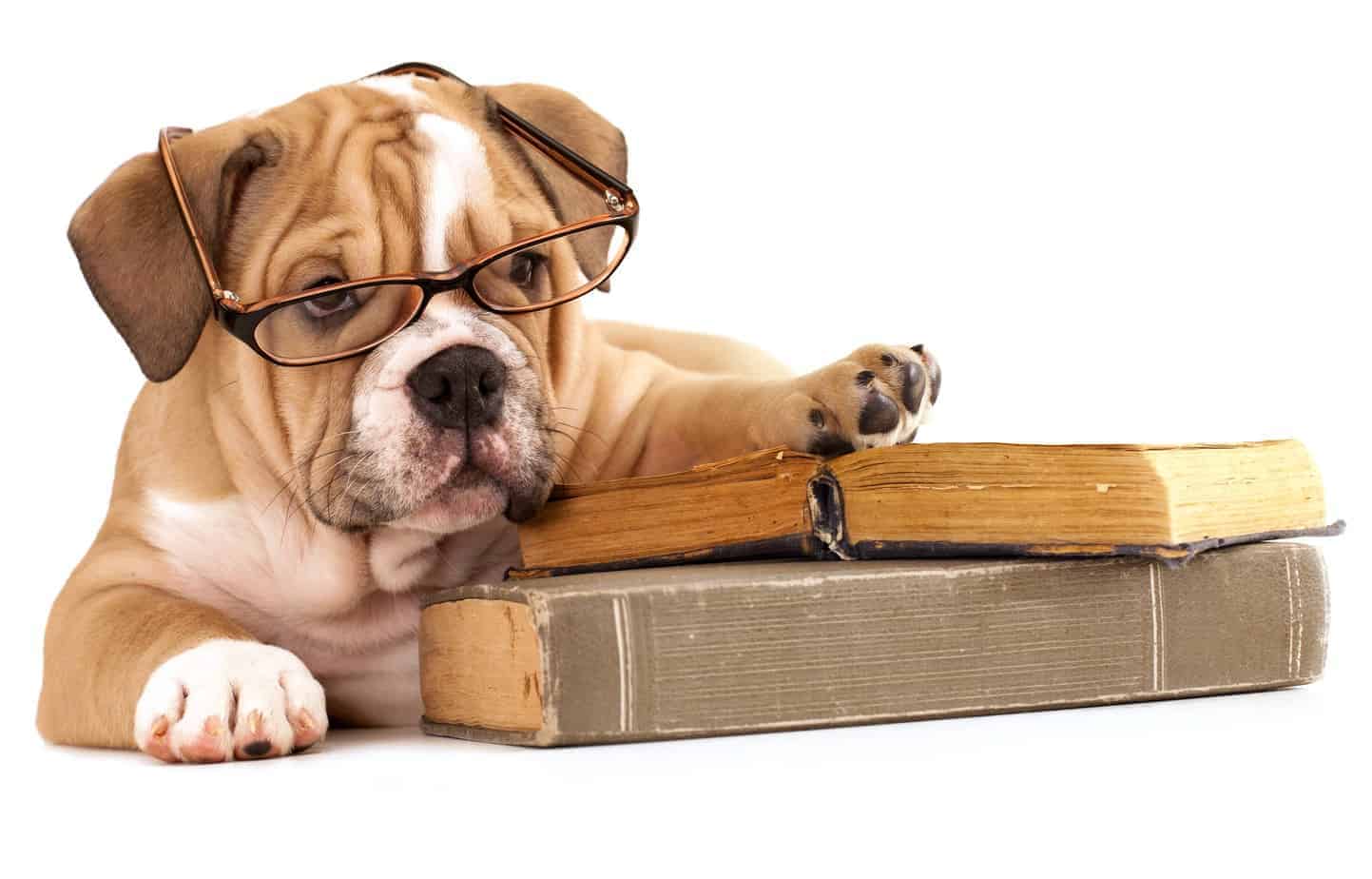 Researcher and author Dr. Stanley Coren put together his list of smartest dog breeds based on a survey of dog obedience trial judges.

Researcher and author Dr. Stanley Coren, who penned the book, The Intelligence of Dogs, told the American Psychological Association his choices for the five smartest dog breeds.

Coren says the five smartest dog breeds are: the border collie, the poodle, the German shepherd, the golden retriever, and the Doberman.

A lot of people were offended by the second list.

So, the answers were coming from American Kennel Club judges based on their perception.

My problem with this is that AKC judges, for the most part, only have experience with AKC breeds and furthermore, aren’t judging dogs on intelligence, but on trainability. A dog in the obedience ring can be dumb as a box of turnips, but if he can run a pattern and remember it, he will end up scoring well.

A very smart dog may get very bored with the whole thing after a few repetitions, say “forget it” and run off to go find something more fun to do.

My Airedale, Christopher, was a great demonstration dog for my obedience classes. I taught 17 classes a week. I had Chris demonstrate everything we did in every class, 17 times a week, every week.

Chris did it over and over again, happily and enthusiastically each time. Why? Because although it’s unusual for an Airedale, Chris isn’t very bright. And to him, I think it was the first time, every day, every week, every month, every year.

Chris was an easy dog. He didn’t know he had options. It never occurred to him that he could refuse to do something. He happily did what he was told so he didn’t have to figure things out on his own.

Sarah, my Malamute, was a lousy demo dog. She got bored easily.

When I used Sarah to demonstrate to students how a dog such as a service dog could pick up dimes from a cement floor, Sarah got bored after the third or fourth dime and simply started swallowing them when she was supposed to be bringing them to me. With a big smile on her face, she was saying, “so, whatcha gonna do now.”

And she was right. She didn’t disobey me. She had picked up the dime. I had never told her, nor was there a command for “don’t swallow the dime.”
She had outsmarted me. Again.

So, be careful when choosing a breed.

You may not want a dog that’s smarter than you. Dumb dogs are much easier to live with.

4 responses to “Is your dog on the smart list?”