Could my dog have canine autism? 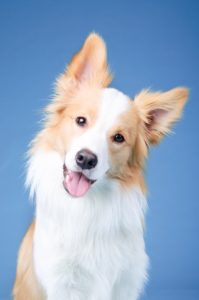 Most puppies and dogs diagnosed with canine autism are reactive and often lack socialization skills.

Most veterinarians choose not to diagnose dogs with canine autism, even though dogs exhibit the same signs and symptoms as humans on the autism spectrum.

Instead, veterinarians prefer to refer to the condition as dysfunctional canine behavior.

This behavior is rare in puppies and dogs. It is believed to be idiopathic, meaning the cause is unknown.

Some vets theorize the condition is congenital and inherited from a parent or relative.

Veterinarians believe a lack of mirroring neurons in the dog’s brain causes dog autism. Mirroring neurons mirror the behavior of others, thereby teaching an animal how to behave, and relate to other dogs.

A dog that lacks properly working neurons rarely interacts with other people or dogs, which in turn causes a lack of empathy.

Lately, some dog owners have been reluctant to get their dogs vaccinated over concerns the shots could cause autism.

Poor socialization skills a trait of dogs with canine autism

The most common traits of dogs with autism include anxiety and poor socialization skills.

Puppies lacking socialization skills generally were removed from their mother and siblings during a vital developmental period.

They become reactive because they don’t know how to cope.

For example, reactive puppies or dogs who experience sensory avoidance find it emotionally painful to have their owners touch them.

Other canine dysfunctional behaviors to watch for include:


While there’s no treatment for dogs with autism, there are things owners can do to help their dogs.

Fear is a huge part of survival. For dogs suffering from canine autism, survival is paramount.

Dogs have learned to survive by association, both good and bad. The dog stores visual, audio, and scent associations in memory and learns to respond accordingly.

To help relieve your dog’s anxieties, you can:

Can dogs have autism? The simple answer is yes; dogs can exhibit canine autism symptoms.

But that doesn’t mean those dogs can’t become pets. Puppies and dogs that exhibit signs and symptoms of canine autism tend to be aloof. So don’t expect licking, serious tail wags, or cuddles. Your dog won’t gaze into your eyes or try to catch your attention.

They may recoil from your touch, but that doesn’t mean you aren’t important to them. The dog most likely is content and appreciates the home you provide.

It is also good to take note that autism might not be the only dysfunctional condition that dogs can have. Some symptoms could be a sign of Down syndrome. But don’t worry, as this does not mean that your dog is any lesser than other dogs. You can learn more about dogs with Down syndrome here, and you’ll be able to understand and diagnose their behaviors better.

Be patient, understanding, and loving. A dog with canine autism cannot control this odd behavior.

Accept the dog’s quirks. Enjoy and love them in whatever way works for you and your pet.