Is an Akita the right dog for you? 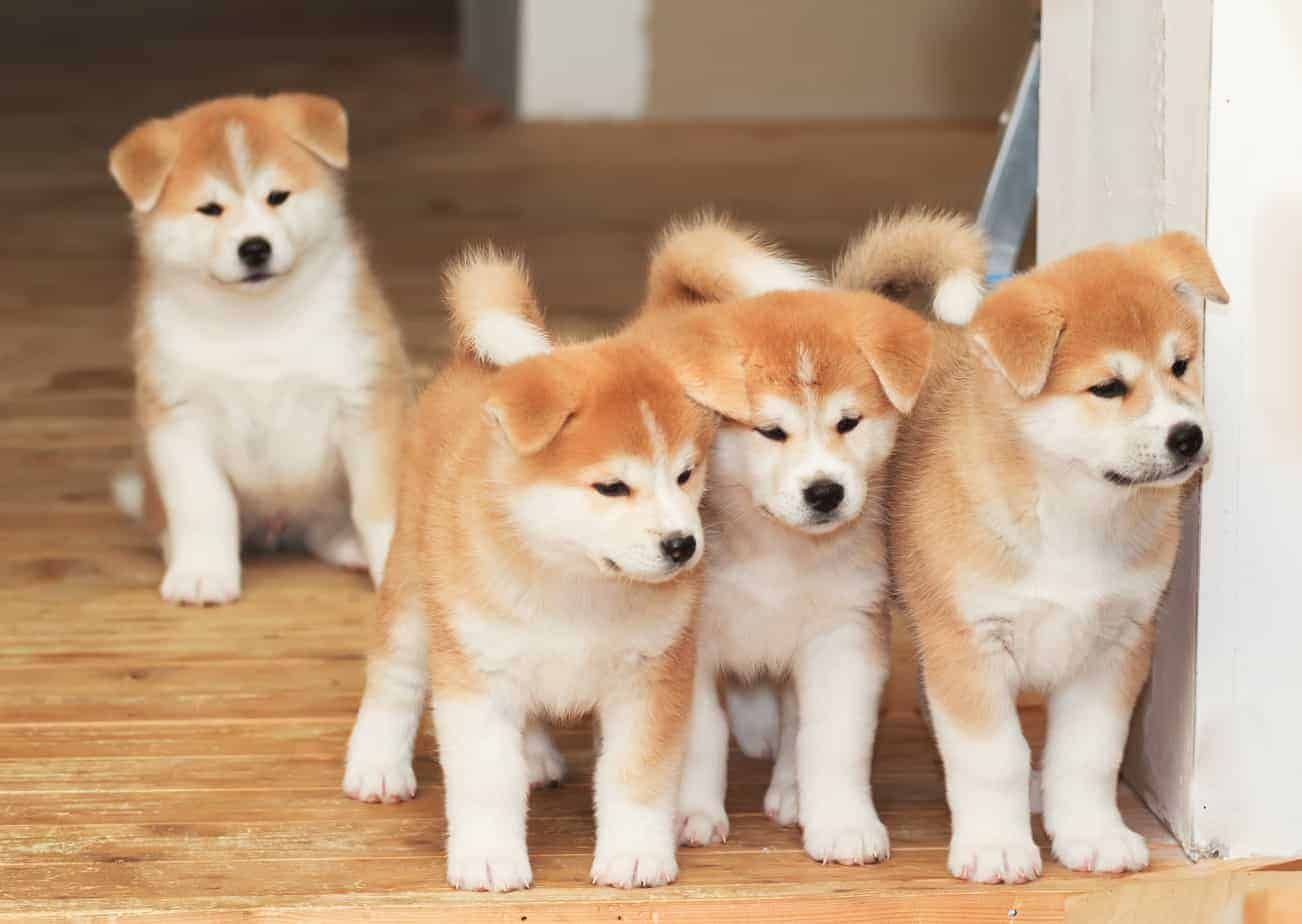 Courageous, dignified, and loyal. These are popular terms used to describe the Akita, a dog with a royal pedigree to match its noble looks.

Owning an Akita was once restricted to the Japanese imperial family and their court, and they remain a revered breed in that country. Parents still sometimes receive an Akita figurine upon the birth of a child as a symbol of happiness and long life.

Some of the same traits that made the Akita so beloved in their country of origin are what make them such dependable companions. They’re also excellent family guard dogs a recent report found that they’re one of the most popular guard dogs in the nation.

If you’re looking to add an Akita to your household, review their various characteristics below to see how well your situation matches their needs.

Members of the working group, Akitas are large dogs that average 100 pounds and stand anywhere from 24 inches to 48 inches at the shoulder. Their overall size, coupled with their massive heads, erect ears, triple-thick coat, and large curled tail, make these handsome dogs an easily recognizable breed.

That thick coat is a hallmark of Northern breeds, as it acclimates them perfectly to snowy climates. However, Akitas also do well in warmer parts of the country with access to a climate-controlled environment, plenty of water, and shade when outdoors.

The dogs are often confused with the Husky, the Alaskan Malamute or the Shiba Inu, which has a similar appearance but is much smaller.

Akitas thrive on human relationships, bonding closely with their people. They are also wary of strangers, which makes them naturally protective of their home and family. Akitas should gain exposure to a variety of other people and places, especially while young, so they can learn that not everyone is a threat.

While every dog is an individual, Akitas tend to be intolerant of other animals, particularly dogs of the same sex. If you are looking to add to your current pack, you might want to explore a different breed.

Bloating—an emergency that occurs when the stomach twists—is a serious health risk with any large breed of dog that also has a deep chest. There are no specific causes of bloat, though some vets suggest a preventive “tacking” of the stomach to the abdominal wall via a prophylactic gastropexy at the same time as neutering or spaying.

About 70% of Akitas are prone to developing hypothyroidism, so keep tabs on your dog’s T3 and T4 thyroid levels via regular blood tests.

Akitas are athletic dogs who should get regular walks or jogs to help them maintain a healthy weight. This is especially important in larger dogs, so they don’t develop joint problems.

Because they were bred to be hunters, Akitas have a strong instinct to chase prey and shouldn’t be off-leash unless they are very responsive to voice commands. Additionally, Akitas are smart and strong-willed so that training can be challenging. Always use positive training techniques when working with dogs of any breed, and take the time to find out what the most significant motivator is for your particular dog (dog treats, attention, toys, etc.) for the best results.

The Akita’s lush coat benefits from frequent brushing, but about twice a year you’ll probably find massive furballs rolling under the furniture when your dog sheds his undercoat. This biannual event will likely require a trip to the groomer.

For home-grooming, stick to regular brushes and not those with blades designed to cut away the undercoat, as these can damage an Akita’s guard hairs.

Akitas can be great companions

As if being a fuzzy, friendly, royal breed doesn’t make the Akita appealing enough, consider the fact that these dogs often love to talk. Indeed, they can develop a whole vocabulary of grunts and mumbles that they use with their people—and who doesn’t love a dog who can keep up his end of the conversation?

Bailey Caldwell is a freelance writer who recently graduated with a degree in communication. She loves all things dogs! She has two furry friends named Skyler and Murphy. Skyler is a border collie and Murphy is a cocker spaniel. She loves to be able to write about anything to do with animals.