How Climate Change Can Affect Your Dog’s Health 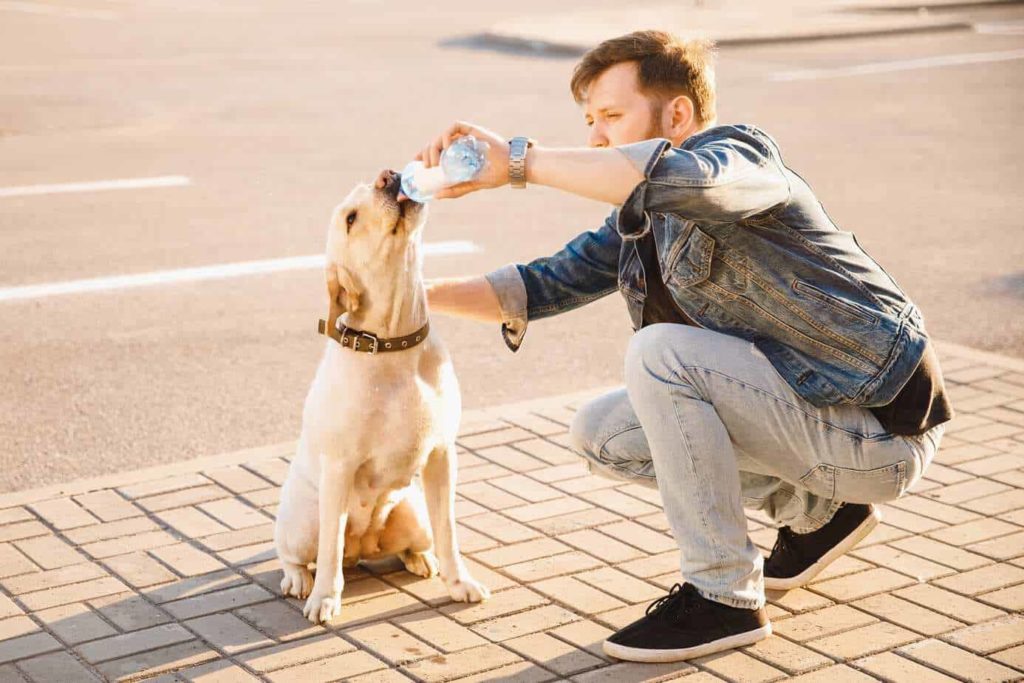 As if bigger storms and melting glaciers weren’t enough of a threat, global warming is now affecting the health and safety of our dogs. The warmer climate is increasing heatstroke risks and spinning up more destructive hurricanes. All the destruction is also growing the need for search-and-research dogs to help locate survivors. And warmer weather is spreading dangerous canine diseases. Since humans are the major causing factor of climate change, it’s our responsibility to do what we can to mitigate its impacts on our four-legged friends. Here are some ways climate change affects dog health. 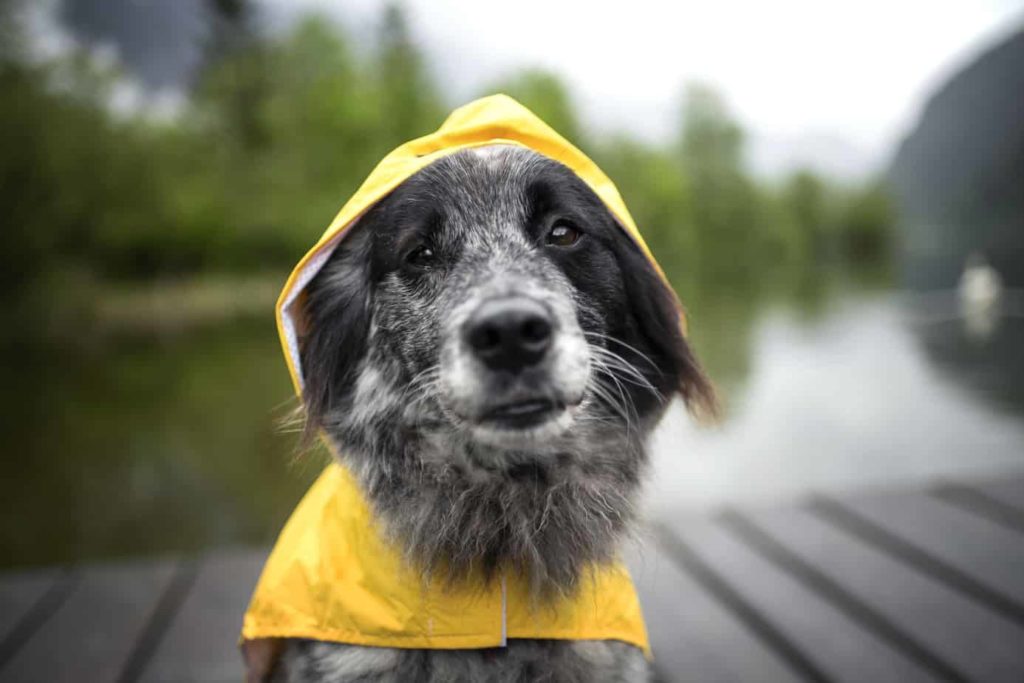 Climate change is causing more intense storms, record flooding, and more prolonged droughts. Natural disasters like these end up displacing thousands of dogs. During Hurricane Katrina, the New Orleans SPCA pulled around 15,000 dogs and cats from the water and off rooftops. Often domesticated dogs fare worse than homeless ones. Owners may not be at home to rescue them when disaster strikes. Trapped inside their homes or crates, these pets are unable to escape dangerous winds, flooding homes, or burning structures — something that happened during the 2018 Camp Fire fire.

Dogs also face threats during disasters when owners refuse evacuation orders. This happened during Hurricane Katrina when about 44% of the 100,000 non-evacuators stayed put. Victims wouldn’t leave their pets behind.

Climate scientists predict countries in the northern hemisphere will experience longer summer heatwaves because of global warming. These days of rainless droughts and excessive temperatures raise the risk of your dog developing a heatstroke. Dogs left outside are most susceptible, especially if they have an inadequate amount of shade and water. But inside dogs are also threatened when power outages knock out air conditioners and fans. The biggest threat for dogs comes from owners leaving them inside cars on hot days. During a heatwave, quick trips inside the store become a deadly gamble with your dog’s life. Your car’s interior can increase more than 30 degrees in only 30 minutes. That’s enough to cause heatstroke in little Fido. 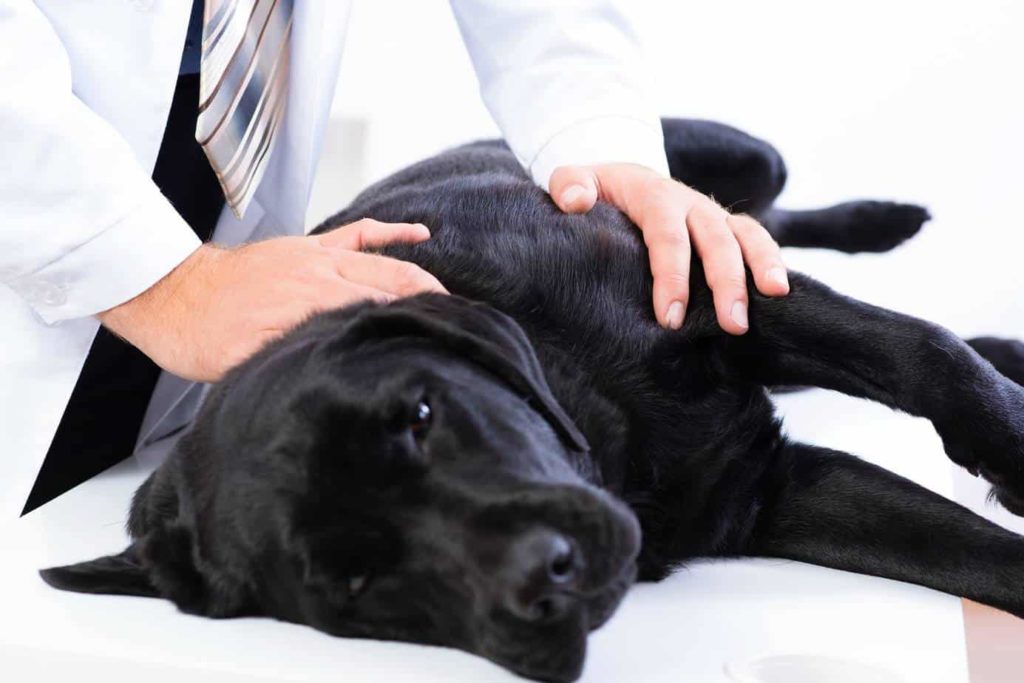 Climate change increases the risk of dangerous bugs that carry diseases like heartworm.

Extreme weather conditions caused by climate change are helping propagate disease-carrying insects. The number of hot days is increasing and rainy seasons are getting wetter. And while long summers may be good for your tan, they’re bad for your dog’s health. Climate change affects dog health by breeding more dangerous insects.

As summer extends further into fall, it lengthens the breeding season for fleas, ticks, and mosquitoes. At the same time, wetter months leave more standing pools of stagnant water — perfect breeding grounds for insects. Both effects contribute to a spike in insect numbers and the diseases they carry.

Making things worse, stronger storms that hit the coast carry small insects like mosquitoes into other parts of the country. This introduces these diseases to uninfected areas. For dogs, all this means more Heartworm and Lyme disease.

Heartworm is a parasitic foot-long worm that lives within a dog’s heart and lungs. Infection can lead to heart failure and organ damage if not treated early. Mosquitoes are the primary transmitters of Heartworms, carrying them from other dogs, wolves, or coyotes. Lyme disease, which is often worse in the northeastern part of the U.S., is now spreading westward with warming temps. Other tick-borne diseases like anaplasmosis or “dog tick fever” and ehrlichiosis are on the rise. And even if your dog doesn’t contract these diseases, these insects also cause anemia, allergies, and annoyance.

For dog owners in the north, an anthrax outbreak in Siberia is a harbinger of new threats to our pets. In 2016, dozens of people were hospitalized, and a child died after an anthrax outbreak that killed more than 2,000 reindeer. Scientists believe that thawing of the permafrost leads to the release of these deadly germs. The permafrost in the Siberian Peninsula holds anthrax spores dormant for years, like a refrigerator. But when the land begins to thaw, these germs are born again, ready to infect wildlife, sled dogs, and any humans who come into contact with them. What’s not known yet is what else lurks beneath the frozen soil of the tundra, ready to pop out and threaten our pets.

As always, the most significant effect on our dogs’ health and well-being is us. And our adaptation to climate change can affect our furry friends too. Record-breaking droughts and flooding events around the world are leading to mass migrations. Inevitably, many dogs are left behind as displaced people search for relief from droughts, floods, and other natural disasters. But even on a more practical level, hotter temperatures are changing how we treat our dogs. To avoid heatstroke, many owners opt to keep their pets inside longer. But lack of exercise and stimulation results in obesity, boredom, separation anxiety, and depression.

Keeping our canines healthy will take finding the right balance of protection and freedom. Exposure to disease shouldn’t drive you to keep your dog in your home or apartment all day. But you also don’t want to let them run free into the wild without flea and tick protection. The irony is obesity and depression lower your dog’s immune system, which then makes them more susceptible to disease. So, maintaining a balanced lifestyle for our dogs is the best protection from the ravages of climate change.